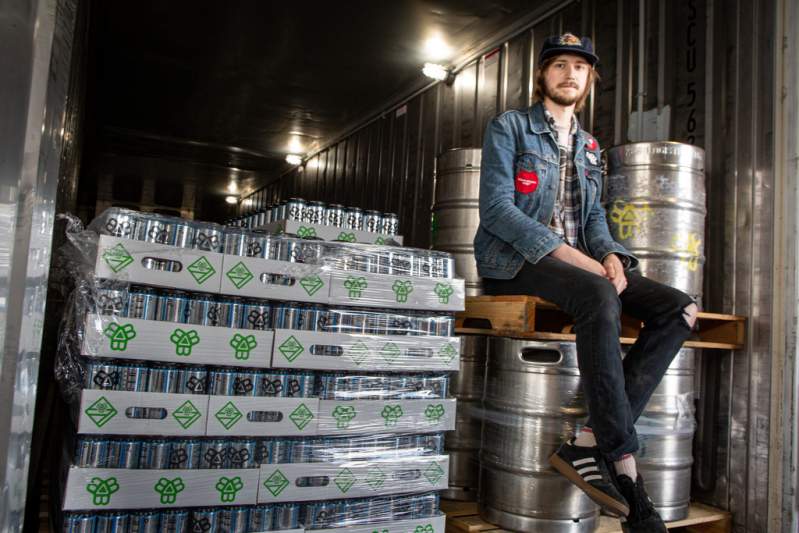 Mike Tripp enjoyed bartending and chatting with customers at the High Tide Restaurant and Bar in Brewer, but the extra COVID-19 safety precautions plus the already fast pace of the job wore on him and he left a couple of months ago.

“I had a great boss and co-workers, a great stack of regulars, but when you wear a mask all day on your shift you can really get gassed a lot quicker, and you end up playing mask police,” he said. “It’s a lot to pile on an already heavy workload.”

Tripp worked at High Tide for four years and in the restaurant business for a decade, turning in often long and irregular hours. Now, he’s working 40 hours per week as a foreman at AIT Bridges, a Brewer-based company that supplies advanced composite materials for bridges. While the pay is about half of the up to $50 an hour he could make with tips as a bartender, he is able to make ends meet with side automotive jobs he had been doing.

Tripp is one of the many hospitality workers to leave the industry by choice or because they were laid off during the pandemic. While he wouldn’t be opposed to returning to the restaurant business “once things go back to normal,” others have left for good. The reasons are many and complicated, going past pay issues and long shifts.

Maine’s hospitality industry is short about 16,000 workers now, prompting HospitalityMaine to launch a recent $125,000 campaign to bring those who left back. The situation in Maine is playing out nationally. Some 8.1 million jobs were open as of the end of March, the highest number since December 2000, according to the U.S. Bureau of Labor Statistics. Of those, 519,000 were in accommodation and food services.

The shortage threatens the ramp-up of Maine’s summer tourism season, which typically begins around Memorial Day. Pent-up demand is expected after the state announced Friday that it would allow vaccinated people to not wear masks in most indoor public settings and roll back capacity requirements and distancing mandates that have kept dine-in service limited.

Signs along Route 1 exemplify the shortage as fast food restaurants offer higher pay or summer bonuses to hire enough staff for this year’s expected strong tourism season. Almost all of the 143 member businesses surveyed by HospitalityMaine in March said they were hiring while offering higher wages than before. That survey also included lodging establishments.

It’s a problem all across the state. Geoff Houghton, the owner of The Liberal Cup in Hallowell and the Run of the Mill Public House & Brewery in Saco, said he was operating with roughly half of the cooks he would like to have and having problems hiring back-of-house staff including dishwashers. Many applicants, he said, are not even showing up for interviews as he is paying more than ever before.

“I think the labor shortages in Maine are going to be really the biggest headwind we’re going to face as a state in terms of our back to normal,” Michael Donihue, a Colby College economics professor, said.

In a recent Bangor Daily News questionnaire, only seven of 32 respondents who had left the hospitality industry said they might consider returning if they were offered higher wages or regular work hours. Those who left said they did so because of low pay, inconsistent hours, risk of contracting COVID-19 or because pandemic restrictions or rude customers made their job more difficult. Several had been laid off, but most went to jobs outside the industry by choice.

Cam Jones sits among the beer he delivers for Bissell Brothers Brewing at the company’s warehouse in Portland on Wednesday, May 12, 2021. Jones recently got the job after 12 years in the food service industry. Credit: Troy R. Bennett / BDN

Cam Jones also liked the food service work he was doing for 12 years at a senior care facility in Portland, but once the business got a federal paycheck loan, his wages were lower because he no longer got overtime. He also didn’t like the change in priorities at the facility.

He took a job at Bissell Brothers Brewing in Portland as a beer delivery driver that increased his pay from $16 at the food service job to $25.20 per hour. He said Bissell pays well and recognizes a need to invest in workers.

“Over the last year people reevaluated what is important to them, what drives them to lead a full life,” Jones said. “Restaurants are a grind. You’re mentally exhausted at the end of the day.”

David Higgins, who has worked in the hospitality industry for more than 14 years, most recently as a bartender at the West Street Cafe in Bar Harbor, saw an opportunity when the space next to the cafe became available. He noticed there were no coffee shops near the myriad of hotels in the area, and last August opened Black Fly Coffee, a takeout shop.

Higgins said he fell in love with the restaurant industry as a young adult and decided to pursue it as a career. He moved up the ladder, including a stint as a bar manager at the Lucerne Inn in Dedham.

“I never expected to raise a family or carry a mortgage on a bartending salary, but it’s definitely a living wage,” he said. “But I decided to leave the bartending world behind and start my own business.”

More articles from the BDN