St. Joseph’s Grindstone Creek always has prided itself on being one of the most active rock bands in the area. Then that all came to a stop for several months. 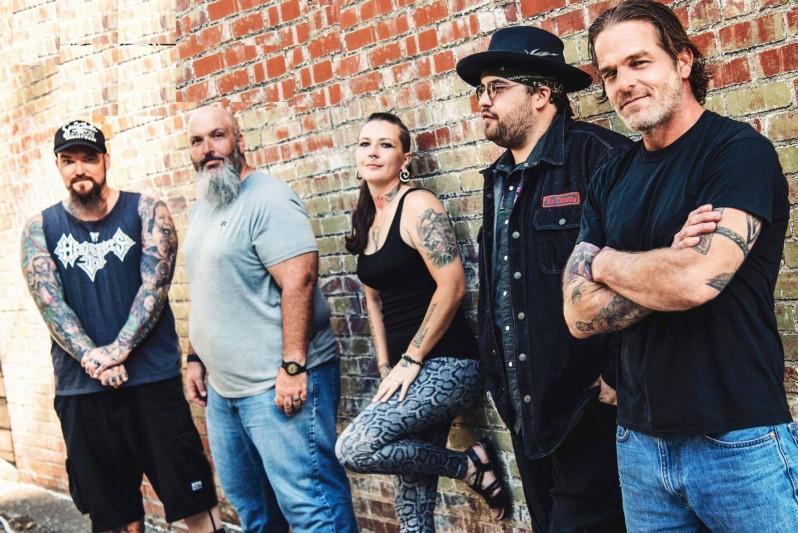 St. Joseph’s Grindstone Creek always has prided itself on being one of the most active rock bands in the area. Then that all came to a stop for several months.

With a full album written and shows planned, it all got put on hold because of the pandemic. But the members of the band said they’re starting to feel the momentum again.

“We’ve all been through a lot of adversity. Life is just tough in the first place, then we just came up on this COVID situation and quarantine and I think it just ramped up our songwriting again,” Jason Johnson, guitarist and back-up vocalist for the band, said.

With two new members, the band will be returning to the Cafe Acoustic Concert Hall stage, 1918 Frederick Ave., with vigor at 9:30 p.m. Friday, Nov. 13.

Performing its second album, “Heartbreak Blvd.” in full, an LP expected in spring 2021, as well as a mixture of old and new tracks, it will be a homecoming show of sorts for them.

“One of our favorite things to do is connect with the audience when we’re onstage and the audience is responding to it. That energy has been kind of missing,” Johnson said.

With the addition of Chad O’Callaghan and Tim Groce, the band’s sound is branching out from its punk and southern rock roots to exciting new territory.

“We’ve got five members with so many different styles and tastes. We’re going to have a mixture of country, rock, some blues in there. For our third album, we’re going to have an Irish punk sound, kind of like that classic Dropkick Murphys, Flogging Molly-type style,” Johnson said.

In May, the band debuted its first single off of “Heartbreak Blvd.” the acoustic ballad “Baby Steps,” accompanied with an intimate video of the band separated.

“That’s kind of a sneak peek of what’s to come,” Johnson said.

While the pandemic hindered the band’s attempts to record, its members decided to not wait for it to be over to get back in the booth. Instead, they are building a space to get it done.

“We’ve already got a handful of songs ready for the third album. So as soon as we get that second album released, we’ll be back in the studio getting started on the third one,” Johnson said.

With the pandemic continuing, Grindstone Creek doesn’t know what the future will hold. But it won’t dictate the band’s ability to connect with its fans and put out music like it did this year.

“We’re trying to stay open minded and positive. We’re doing the best we can to get on stage where it’s possible and where it’s safe,” Johnson said. 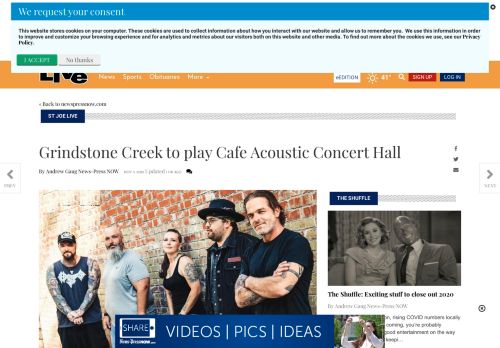 This article has been aggregated from www.newspressnow.com and they maybe/are the copyright owners of the same. If you are the Author/Copyright owner of this article and want us to remove the same then send an email to admin@blog.restaurant so that we can delete it immediately. We sincerely regret and apologies for any inconvenience caused to you due to the same. Though it is your decision but please take note that the link to your website and the article have been given above, within and on the bottom of the article.