From cheese distributor to chef, members of restaurant industry reveal what life is like one year into COVID-19 pandemic

From cheese distributor to chef, members of restaurant industry reveal what life is like one year into COVID-19 pandemic

A year into the COVID-19 pandemic, more than 10,000 restaurants have closed permanently and that number is expected to rise into 2022 if government support does not continue. Although restaurant operators have relied more heavily on federal emergency wage subsidies and Canada Emergency Business Account loans than any other industry, “eight out of 10 restaurants still aren’t making money and six out of 10 are losing money,” says Restaurants Canada president Todd Barclay. “It makes sense for government to invest in an industry where 95 per cent of every dollar that is spent goes back into the local economy. This is an industry full of gritty, entrepreneurial people who are doing everything they can to survive.”

A sampling of voices from across the restaurant supply chain reveals how the pandemic has altered lives, laying bare both the inequities and strengths of the ecosystem. What emerges is a complex picture of loss, determination and resilience. 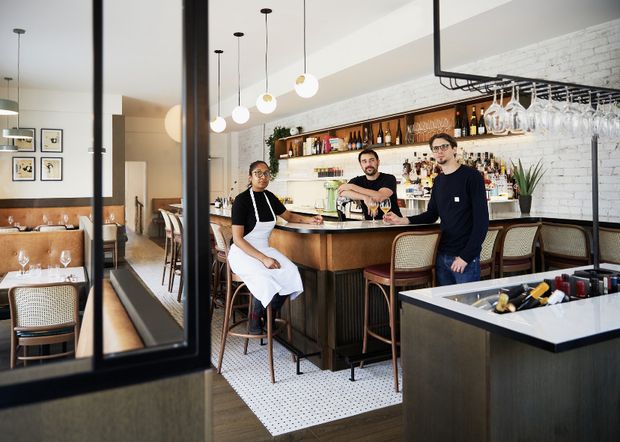 Bauer and her two partners – husband and sommelier Jonathan Bauer and bartender Maxime Hoerth – quit Paris for good in 2018 to gamble on a new life in Toronto. They lost two years over lease woes, which strained their finances and nerves. “I thought maybe we should go back to France, maybe this was a bad decision,” Bauer says. The week they were to open in March, 2020, the city locked down. As a new restaurant, Pompette didn’t qualify for government rent or wage subsidies. Takeout dinners, bottled cocktails and other efforts have not been enough to cover their $10,000 monthly rent. Despite a third city shutdown, the support of the community has convinced the team this is home: They doubled down in March, leasing a second space and taking on new partner Hugo Togni, who will run Pompette Café and Cocktail Bar down the street.

As if the explosive growth in B.C. anti-Asian hate crimes and the collapse of tourism were not bad enough, Vancouver’s Chinatown was already hurting before the pandemic, pulled down by dwindling foot traffic in the wake of a surge in the area’s homeless population. The fate of the cavernous, 1,000-seat Floata Seafood Restaurant – former site of clamorous family dim sum gatherings and political mega-banquets – is uncertain after a third city lockdown, especially as its landlord, the City of Vancouver, has not offered a break on its monthly rent. “We’re taking money in our left hand and paying it out to vendors and staff with our right hand,” Yu says. “We’re losing money.” To counter the gloom, the Chinatown community has staged fundraising efforts and walking tour and tasting events like the collaboration between Chinatown BBQ and Beaucoup Bakery that yielded the Instagram-friendly “Peking duck croissant.” 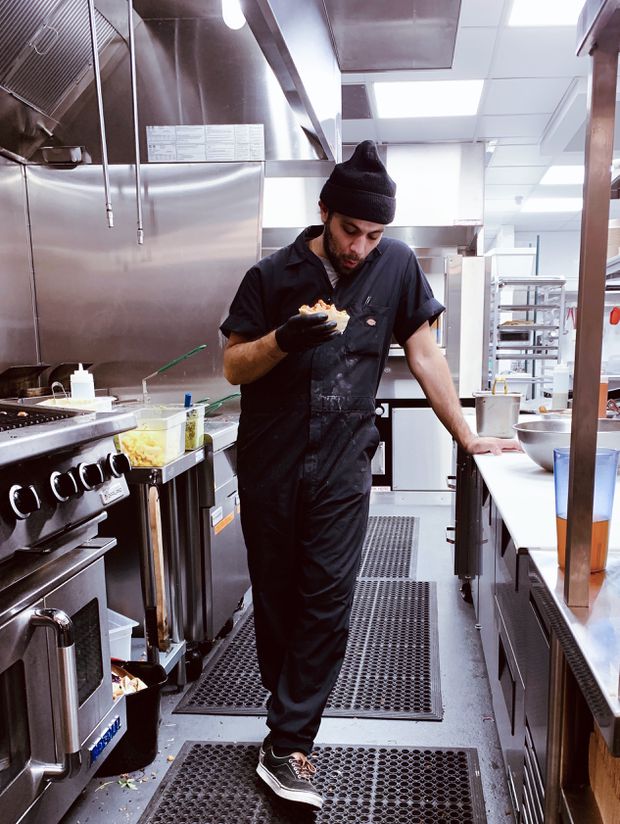 El Chami parlayed his pop-up Lebanese riff on the soft taco into Superbaba, a fast-casual Middle Eastern spot in Victoria, then partnered with the owners of Café Medina and Tacofino Restaurants to open a Vancouver branch in November, 2020. The team dialed back on expensive materials – “instead of tile, cheaper wood,” he says – to cut costs and badgered city council to expedite its building permit process. Shortly after the pandemic started, El Chami built a Slack channel for restaurant owners to vent and support each other, and through it, with a couple other members, launched a relief fund that has raised $120,000 for laid-off workers. Reading their grant applications, he saw a pattern of owners cutting employees loose, sometimes without the pay they were owed, knowing they lacked the resources to fight back. “It’s like you have no money, but you’re playing poker against someone with a giant stack,” he says of the workers. While others talk of the second coming of the Roaring Twenties in the postpandemic future, for Peters, they’ve already arrived. When Saskatchewan’s restaurants were ordered to operate at half capacity, she turned part of her restaurant into a grocery store, selling everything from toilet paper and sugar to ground beef. She launched takeout pizza and date-night meal programs, and virtual cooking-with-the-chef and corporate wine-tasting events. The $40,000 CEBA loan she landed “has been really helpful,” especially the promised $10,000 loan forgiveness if she repays it before 2022. While restaurants are allowed to stay open at limited capacity, household gatherings are still forbidden, leaving restaurants the only place to gather. With no concerts or sporting events to hit after meals, guests linger and spend big, Peters says. “I don’t know if it’s a weird take, but we’ve had the best year since we’ve opened.” 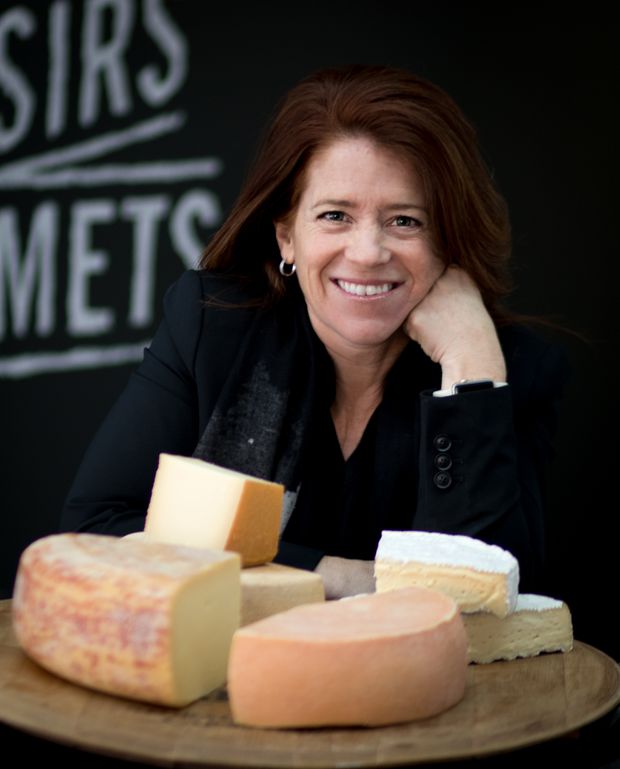 Despite restaurant closings, her share of the Quebec artisanal cheese industry has made a strong rebound. The impact of the provincial government’s buy local program and a push by the Quebec agri-industry “was incredible,” Portelance says, triggering an outpouring of support for local artisans. Her business, which represents 16 artisanal makers including Fromagerie du Presbytère and Fromagerie de l’Isle, sells most of its products to grocery and boutique specialty stores, where demand remains strong. The result: a 5-per-cent to 6-per-cent increase in 2020 sales over 2019, with the company expecting even bigger growth in 2021. “We can see blue sky ahead but our concern is really restaurants,” she says. “The industry is so important for our equilibrium.” 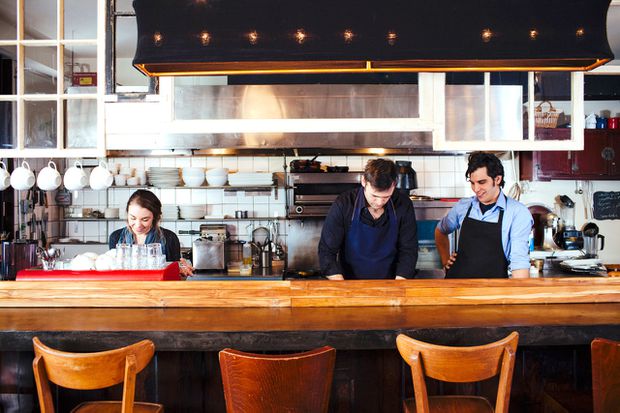 This humble, 36-seat locavore place near the Jean-Talon Market served fine-dining-level cooking loved by critics locally and internationally. GQ compared its beignets to the best summer sex. When restaurants shut down, Vukmirovic says, “We had just filled the wine cellar with $40,000 of wine. There was no more money in the bank.” They shifted to takeout, but wondered if they should get out while still debt-free. After more than seven years in business, they pulled the plug in December. An outpouring of love, gratitude and grief from customers followed. “What I miss most is that human touch,” says Huot, the chef. His wife, Barrera, now teaches culinary arts and he plans to follow suit. They dream of one day opening a new restaurant. “Our customers were like an extended family to us,” he says. 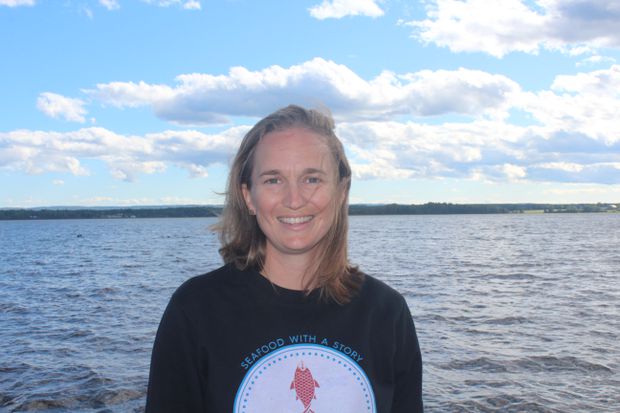 Despite the bottoming out of restaurants sales, the sustainable fish wholesaler and retailer says sales for 2020 dropped by just 10 per cent. The reason: “We have too few customers [in Atlantic Canada] and our fish is harvested in export-level quantities,” says Nelson, with the U.S. its biggest export partner. “I just spoke to a farmer who picked up four new customers yesterday, half in the States,” she says. Sales of snow crab and lobster have skyrocketed as house-bound home cooks reward themselves with luxury products, though oyster farmers are struggling. Even though the shelf-life of Atlantic oysters is considered superior to U.S. farmed oysters, she says, “the average consumer doesn’t know how to shuck oysters at home so the large majority are consumed on the half shell at restaurants.”

Gomez underwent a 14-day quarantine with four other workers when he arrived in Canada for his fourth season working here. It was “hard,” he says, “because we felt trapped inside.” The crew pined for familiar foods so their employers dropped off tortillas, fresh cheese and jalapeno peppers at their hotel. Gomez’s $14-an-hour Ontario minimum wage – compared to the roughly $10 a day he would receive in his home state of Chiapas, Mexico – has allowed him to buy livestock for his farm back home. Though he has a friend who was denied entry as a temporary farm worker after testing positive for COVID-19, he feels vaccinations “should be a personal choice.” Being away from his family for up to eight months at a time “is always hard, and they will always worry,” he admits, but daily phone calls help. Working in Canada gives him a “a better quality of life when I go back,” he says, adding, “I love farming the land.” 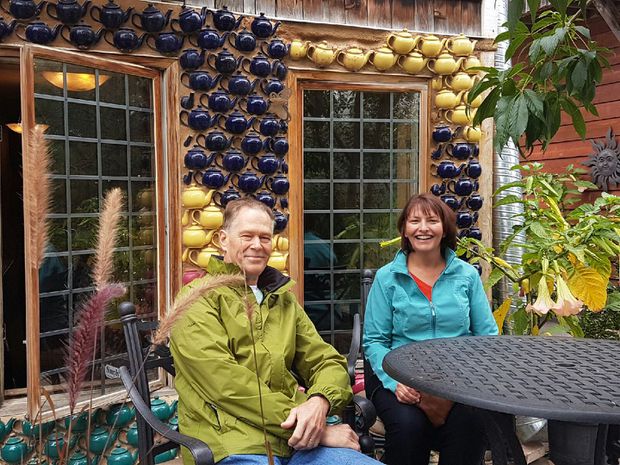 This thriving business producing exotic greens, eggs, guinea fowl and charcuterie was embraced by top Calgary restaurants such as The River Café. After a failed relationship with an investor nearly cost them the farm, they seeded their comeback with a $60,000 federal loan. They expected to make about $500,000 in 2020. Then the pandemic hit. With no restaurant income they redoubled their farmers’ market efforts and “were lucky to make $60,000,” Mary Ellen says. “We struggled and are still on the brink. Every week is a new problem,” she says, including a flood year that left them with less than half of their six farmable acres. The farm loan has helped them make it through so far, “but we still have to pay it back,” she says. “I hope there’s money to do that.”

Click Here To See More
News Source: www.theglobeandmail.com
From cheese distributor to chef   members of restaurant industry reveal what life is like one year into COVID-19 pandemic 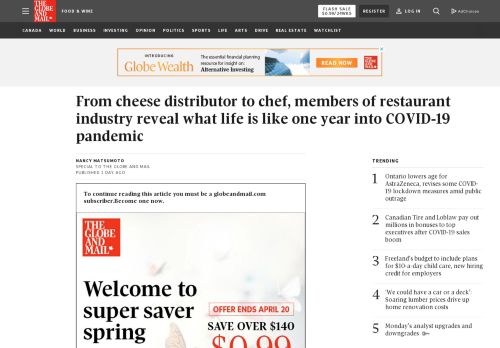 This article has been aggregated from www.theglobeandmail.com and they maybe/are the copyright owners of the same. If you are the Author/Copyright owner of this article and want us to remove the same then send an email to admin@blog.restaurant so that we can delete it immediately. We sincerely regret and apologies for any inconvenience caused to you due to the same. Though it is your decision but please take note that the link to your website and the article have been given above, within and on the bottom of the article.