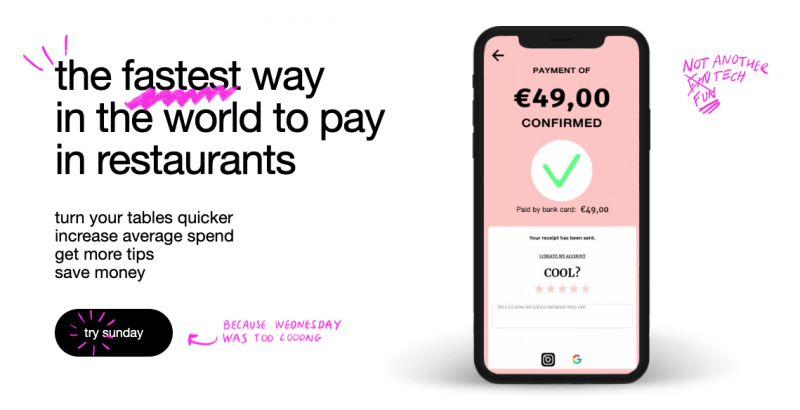 For established tech operator Christine de Wendel, moving back to Atlanta from France seven months ago was an intentional homecoming, but perhaps one that would not have been easy at a different point on the city’s growth cycle.

The co-founder and North America CEO for restaurant tech startup Sunday left the city for college, having graduated from the Atlanta International School just after the city’s Olympic coming-out party and long before it grew into a buzzy tech hub.

For much of the interim 20 years, Ms. De Wendel has been building e-commerce startups like Zalando and ManoMano in Paris, where she was well-entrenched in what she called a close-knit French tech ecosystem.

But she’d also built a family, and it was time for a change as Sunday, a QR-code-based payment and menu app, proved itself in Europe and set its sights on the massive U.S. market. 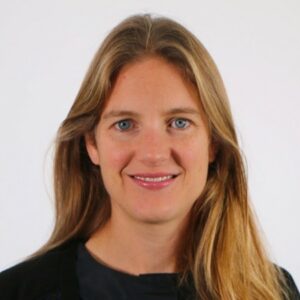 Sunday started as an application within Big Mamma Group restaurants, which used it at their Italian concepts in France and in London to cut wait times and increase table turnover. Instead of waiting for the server to return with the bill, customers can use the Sunday app to scan a QR code posted at the table, then pay and walk out.

With 1,300 restaurants now using the technology, Sunday in April announced it had raised $24 million from Coatue, New Wave and other investors to take on the U.S., where the company always planned to send one of its founders.

“Sunday is going to market clearly as an American company with a strong presence in Europe. We’re truly transatlantic, and being in Atlanta makes us that much more American,” she said.

The opportunity for a bicultural experience was important to Ms. De Wendel and her husband, who are raising three children aged 4, 8 and 11 and came to the U.S. in the middle of the pandemic as lockdowns in France abounded.

“It was important to us for them to be here as young kids for the optimism, self-esteem and confidence that comes with being in America,” she said, adding that language acquisition is also easier at a younger age.

While it didn’t hurt that the Atlanta International School had a program for maintaining the kids’ French, the city’s growing reputation as a tech hub was a key factor in choosing it over more established cities like New York, where the couple had also lived for a time. Beyond family, Atlanta offered a favorable lifestyle, access to stellar engineers and a reasonable cost of living, she said.

“Atlanta obviously ticked all the boxes, and we are delighted to be here,” she said.

Serendipitously, she also arrived just as the city was named a French Tech hub, a government designation that will position it for increased attention from French founders and innovators. A French-American Foundation young leader, Ms. De Wendel is acquainted with the role of bridge-builder between the two countries. Their tech communities, she said, are more complementary than many realize despite their disparity in scale from the perspective of market size, capital flows and valuations.

“In France you have brilliant engineers and extremely excellent intellectual firepower, but the market tends to be title less bold and the speed at which you can develop things is a little bit slower,” she said. “Joining some of that French tech and engineering with the boldness, the speed and scale that you can have in America, is actually a really nice combination.”

That is a key strategy for Sunday. Ms. De Wendel’s co-founders, Tigrane Seydoux and Victor Lugger of Big Mamma restaurants, remain in Europe, where the company will benefit from offices in London, Paris and Madrid, while Atlanta becomes the beachhead in the U.S.

“Our hypothesis is that  the market is enormous,” she said of North America. “There is real value in speeding up the payment moment in the restaurant space.”

Sunday estimates that it cuts the payment time from an average of 15 minutes to just 10 seconds. Even in Europe, where dining is perceived to focus more on experience than speed and convenience, Sunday’s adoption has been staggeringly high. In restaurants where the Sunday system is installed, 95 percent of customers opt to use it, Ms. De Wendel said. Half of the bills were split among the diners, another key feature, as restaurants turned over 12 percent more tables.

Once rooted in restaurants, Sunday hopes to launch into the physical retail space — from malls to transit to parking garages — which Ms. De Wendel said is ripe for disruption after decades of relying on credit card terminals.

“We’re starting with restaurants, but our vision is much larger. We really want to become the B2C payment method for physical retail.” 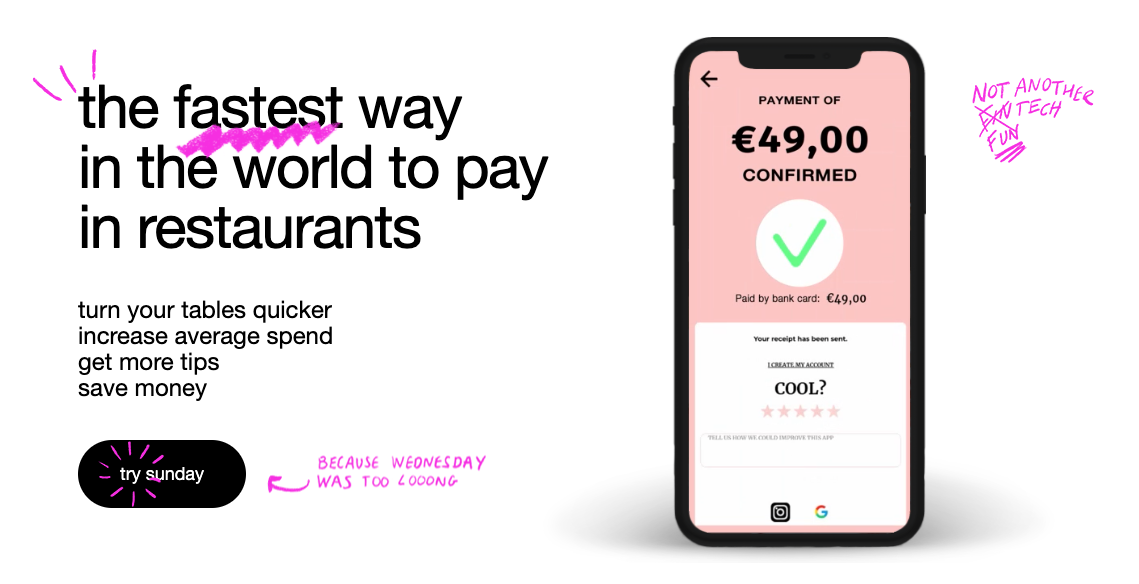 This article has been aggregated from www.globalatlanta.com and they maybe/are the copyright owners of the same. If you are the Author/Copyright owner of this article and want us to remove the same then send an email to admin@blog.restaurant so that we can delete it immediately. We sincerely regret and apologies for any inconvenience caused to you due to the same. Though it is your decision but please take note that the link to your website and the article have been given above, within and on the bottom of the article.