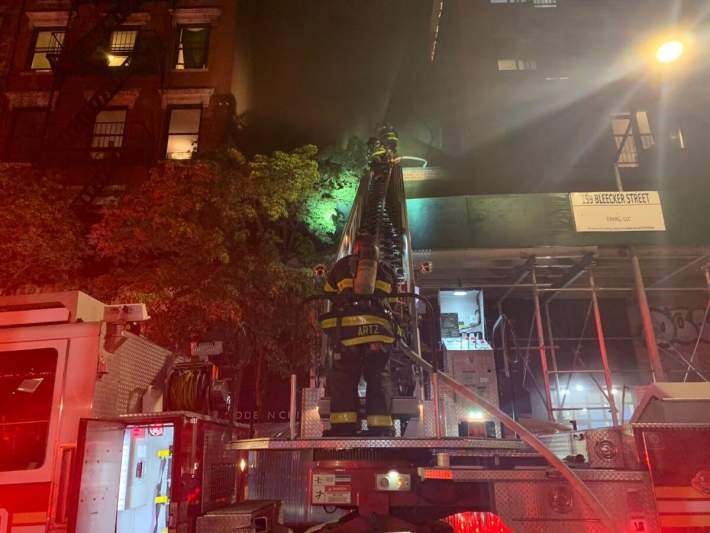 According to Fire Department sources, the blaze ignited at about 12:36 a.m. on May 22 inside of 163 Bleecker St., a two-story structure that houses Uncle Ted’s Chinese Cuisine on the first floor and a yoga studio above it.

The FDNY reported that the “stubborn fire” quickly spread throughout the structure, and threatened to spread to adjoining buildings. That led, eventually, to a fifth-alarm call that brought out more than 200 firefighters from 44 units to conduct exterior operations to limit the fire’s spread. Firefighters were able to get the blaze under control at about 5:32 a.m. The cause of the fire is now under investigation by FDNY marshals. This article has been aggregated from www.amny.com and they maybe/are the copyright owners of the same. If you are the Author/Copyright owner of this article and want us to remove the same then send an email to admin@blog.restaurant so that we can delete it immediately. We sincerely regret and apologies for any inconvenience caused to you due to the same. Though it is your decision but please take note that the link to your website and the article have been given above, within and on the bottom of the article.