A family has made history by opening the first Black-owned seafood restaurant on City Island in the Bronx. Seafood Kingz 2 is owned by Darryl Lelie, who is no stranger... 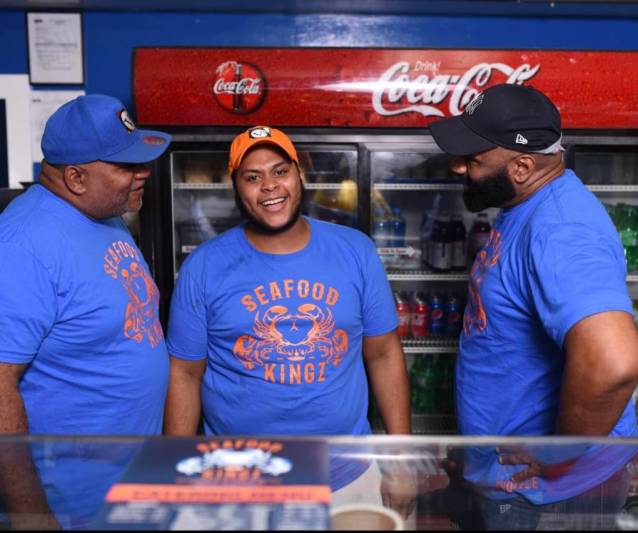 A family has made history by opening the first Black-owned seafood restaurant on City Island in the Bronx.

Seafood Kingz 2 is owned by Darryl Lelie, who is no stranger to the restaurant industry. He’s been in the game for 2 decades and is widely known for his original location of Seafood Kingz located in Queens.

It’s a full-circle moment for Lelie who says he had a location in the South Bronx that shut down following complications with expansion.

“It was only two of us at the table — Seafood Kingz versus Grindstone real estate,” he told Bronx Times. “But the day of the signing, the investor pulled out. They got a little spooked about the competition.”

Grindstone operated in the space until the lease ended in 2020. The stars aligned to where Lelie happened to stumble on the vacant space by chance. He didn’t want to lose another chance and jumped right on the opportunity to expand to the City Island location he’s been eyeing for five years.

The Black-owned seafood restaurant menu features combinations from both the land and sea. Fish, shrimp, and chicken are all on the menu as well as king crab and lobster.

“We give them an avenue to have some of their own food, with the things that they love. So you get your seafood with the soul food trimmings. You can’t copy it up here, you know, you can’t imitate it. This is the real soulful stuff,” he said.

It’s also a family affair. His son, Dalvin, who brings at least 10 years of culinary experience to the table, will serve as the restaurant’s head at just 21 years old.

“I’ve been in the kitchen since I was 5,” Delvin said. “My father set the blueprint for us.”

Seafood Kingz 2 is located at 634 City Island Ave. Hours of operation are Sunday through Thursdays from noon to 10 p.m. Fridays and Saturdays will stay open until midnight. 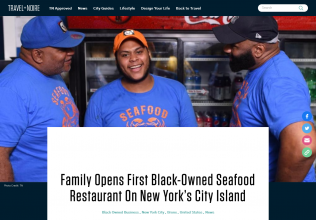 This article has been aggregated from travelnoire.com and they maybe/are the copyright owners of the same. If you are the Author/Copyright owner of this article and want us to remove the same then send an email to admin@blog.restaurant so that we can delete it immediately. We sincerely regret and apologies for any inconvenience caused to you due to the same. Though it is your decision but please take note that the link to your website and the article have been given above, within and on the bottom of the article.