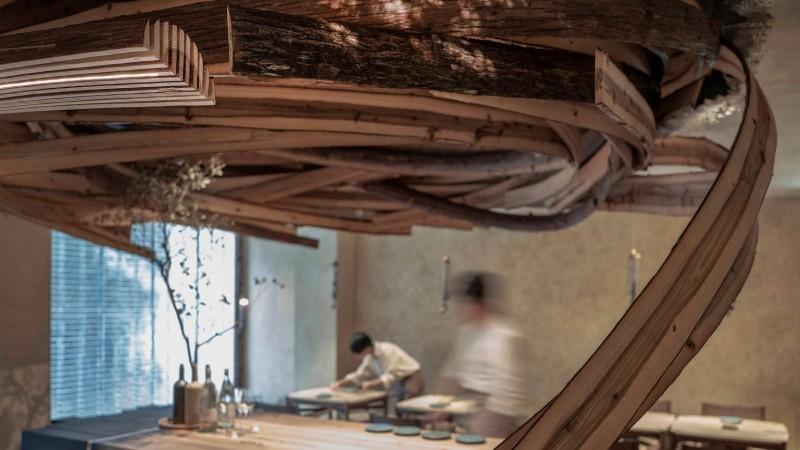 The structure, which Curvink Architects says could also be likened to a bird's nest or whirlpool, sits over the bar of Embers restaurant. It's shortlisted in the restaurant interior of the year category in the 2020 Dezeen Awards. 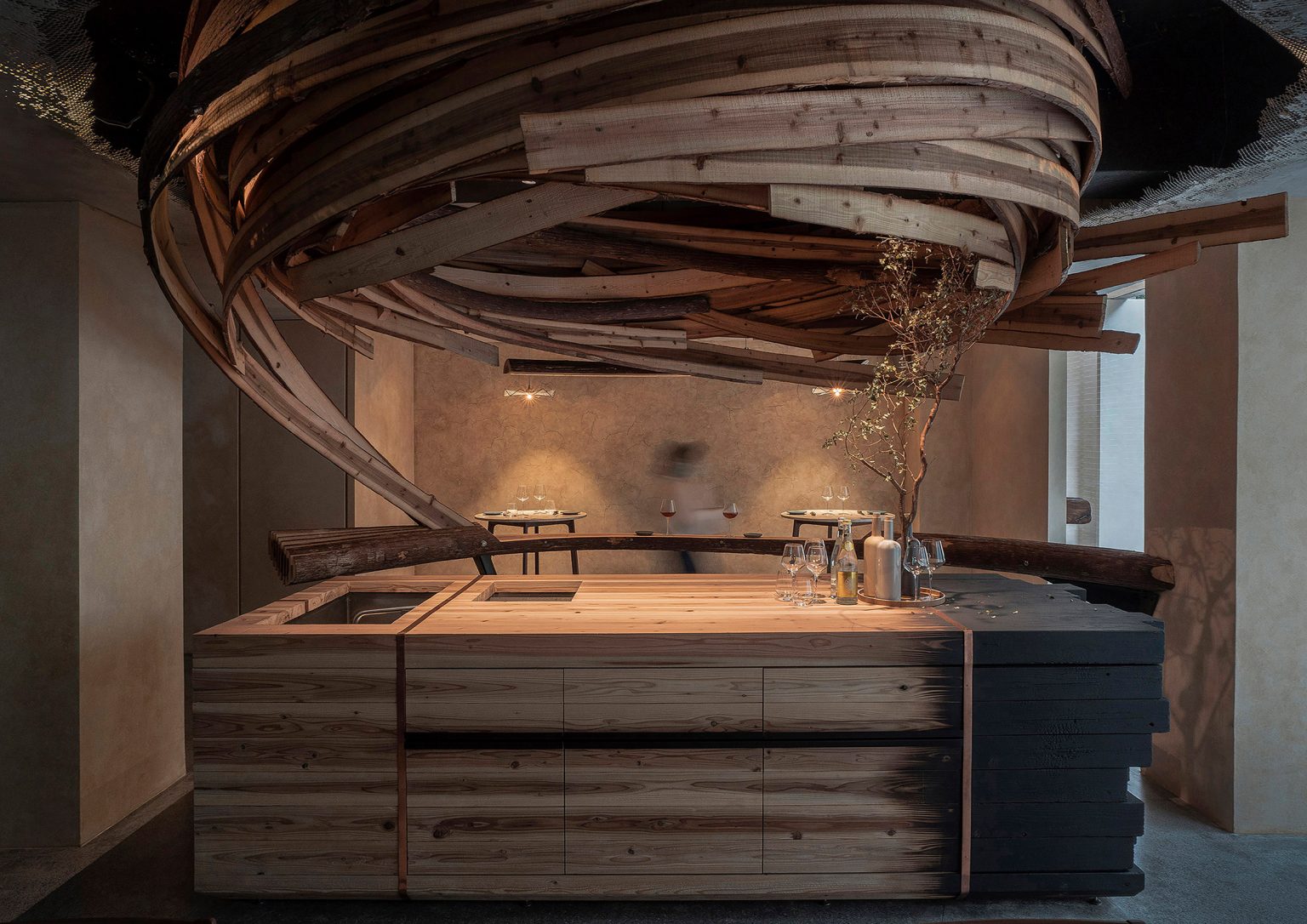 To build the structure, Curvink Architects called on the help of designer and maker En-Kai Kuo. He sourced three 25-metre-high cedar trees from the forested mountainsides of Hsinchu, a city in northern Taiwan.

The trees were being felled as part of thinning – a process where a select number of trees are purposefully removed in order to improve the health and growth rate of those remaining. 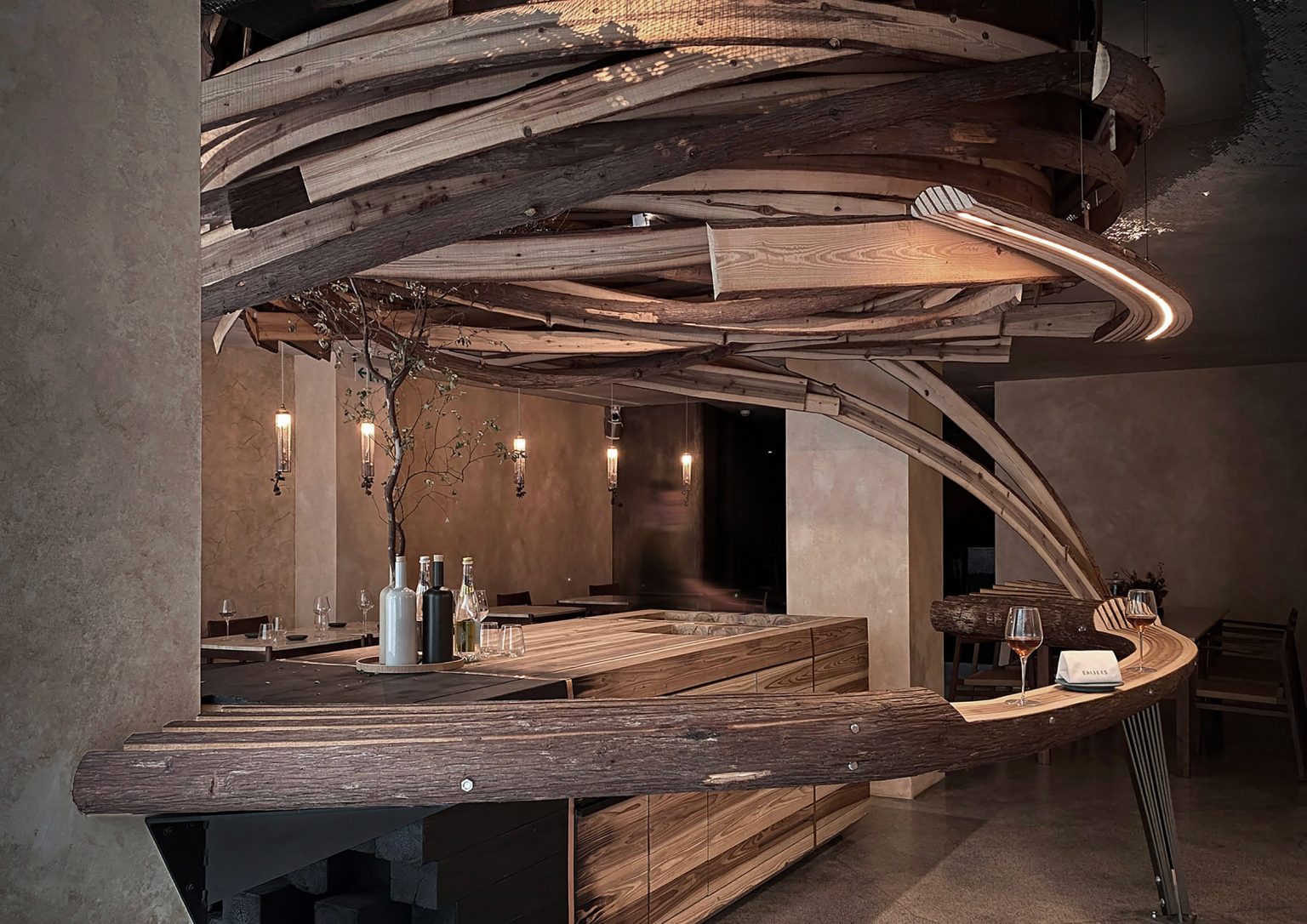 Cedarwood was used to make the structure

After being transported to a nearby timber factory, the three cedar trunks were sliced into thin layers and steam-bent. This formed the arched panels which each span three metres in diameter.

The panels were then set aside for several weeks to allow their curved form to stabilise.

When the panels were brought on-site to Embers, Kuo haphazardly arranged them in a clockwise direction to create the final vortex-like structure. One cedarwood beam has been partially embedded into one of the restaurant's structural columns to act as a counter where guests can rest their drinks.

It's illuminated by a striplight which has been fitted in the grooves of another beam hanging directly above. 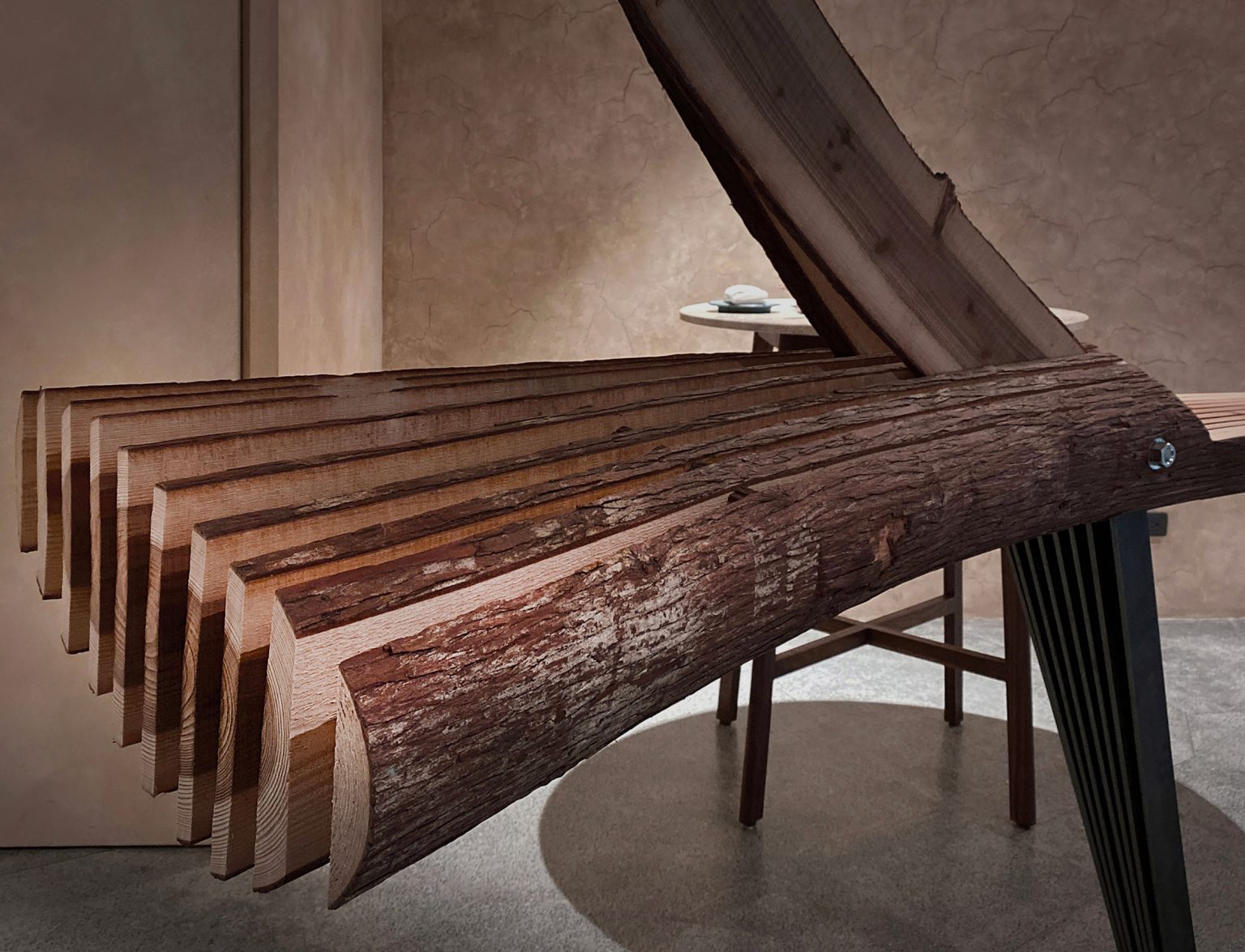 During the construction process, the cedarwood trunks were sliced into thin layers

Beneath the structure sits a chunky serving island crafted from a further 64 beams of cedarwood, which are stacked in an eight-by-eight formation.

One end of the island has undergone shou sugi ban or yakisugi – a traditional Japanese method of wood preservation, where the surface is lightly charred to become waterproof and overall more durable.

Inside, the island accommodates a small fridge, freezer and storage for tableware.

Kimpton Da An Hotel by Neri&Hu

To keep diners' attention on the sculpture, the restaurant's fit-out is otherwise kept simple.

Walls are loosely rendered with sandy-beige plaster, while the floor is finished with concrete. Pendant lamps made out of recycled glass have also been suspended from the ceiling. 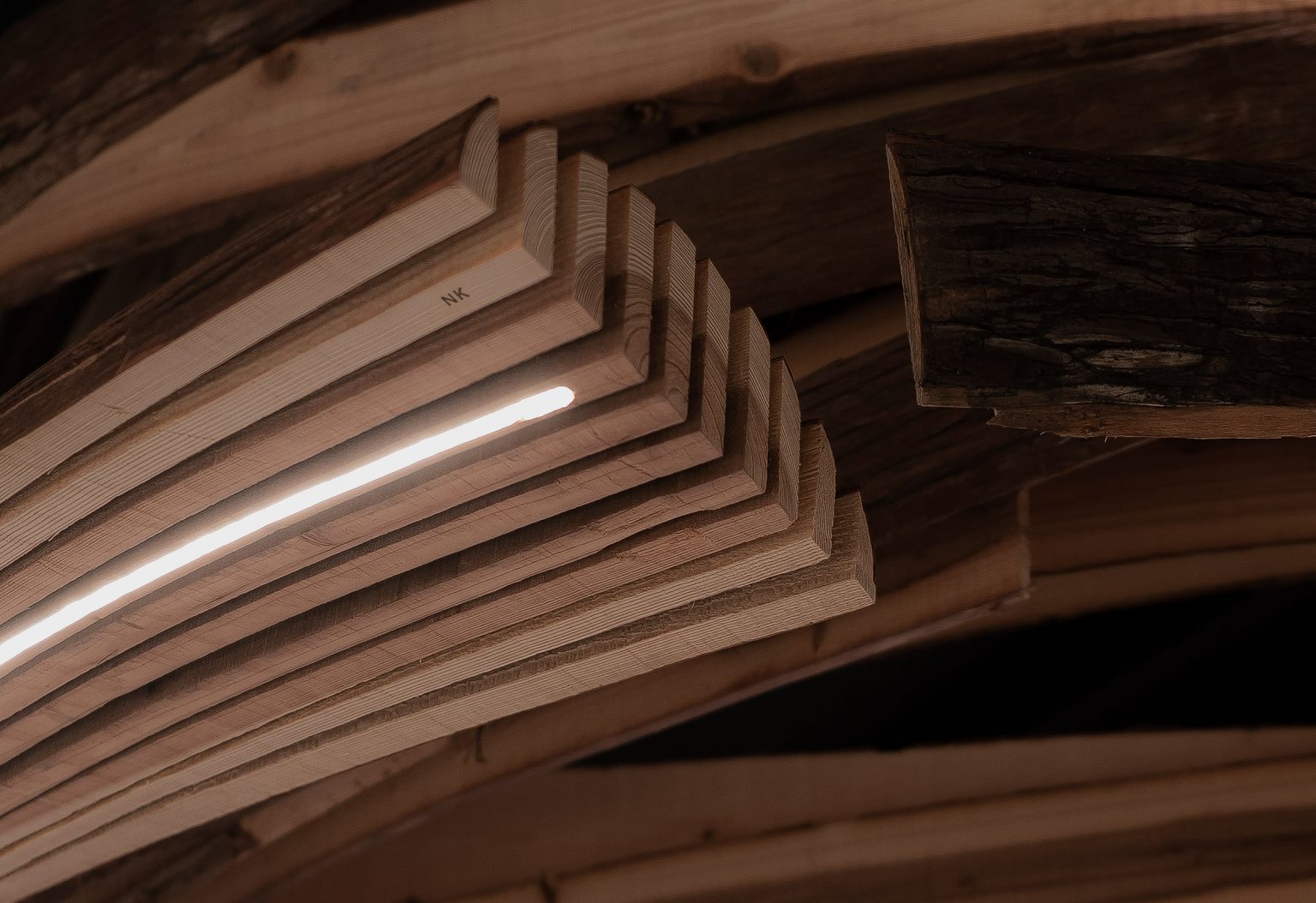 Some beams of cedarwood have been inset with striplights

Embers will go head-to-head against four other projects in this year's Dezeen Awards. Among them is DooSooGoBang in South Korea, which is designed to reflect the humble practices of Buddhist monks.

There's also Voisin Organique in China, which features soaring ceilings and shadowy dining areas to make guests feel as if they're "wandering in a valley".

Photography is courtesy of En-Kai Kuo. 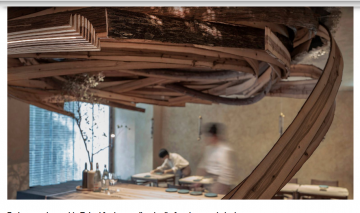 This article has been aggregated from www.dezeen.com and they maybe/are the copyright owners of the same. If you are the Author/Copyright owner of this article and want us to remove the same then send an email to admin@blog.restaurant so that we can delete it immediately. We sincerely regret and apologies for any inconvenience caused to you due to the same. Though it is your decision but please take note that the link to your website and the article have been given above, within and on the bottom of the article.