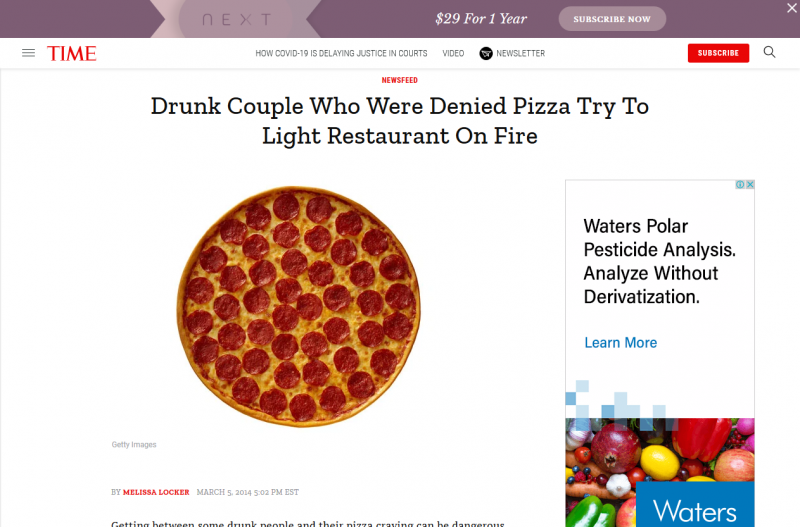 Getting between some drunk people and their pizza craving can be dangerous business.

That’s the lesson that employees at the Whirled Pies pizza shop in Eugene, Or., learned Monday night, when two hangry drunks tried to burn the place down after being denied a pie.

Matthew Bossard, 32, and Leticia Kagele, 36, were not pleased when employees determined that they were too intoxicated to be served a slice. The employees got the duo out of the restaurant and locked the door behind them, but allegedly Bossard and Kagele couldn’t take no for an answer. They started pounding on the door and eventually smashed through the glass.

That’s when the employees made the smart choice to call the cops.

After breaking into the restaurant, instead of heading straight for the nearest pie, Bossard and Kagele allegedly tried to MacGuyver a molotov cocktail using the curtains from the smashed window as a wick that they shoved into the jar of homemade moonshine that they were carrying. Police said the liquid was ignited and thrown into the restaurant, according to KPTV.

Officers arrived and arrested both suspects. Bossard is charged with arson, burglary and criminal mischief, and Kagele is facing charges of arson and burglary. 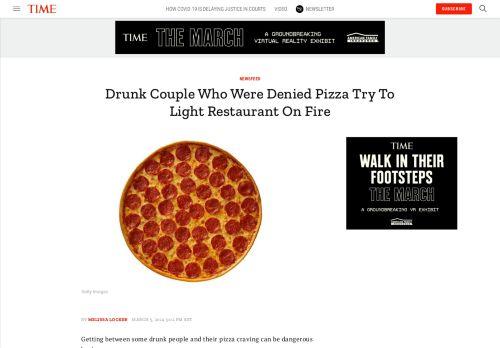 This article has been aggregated from time.com and they maybe/are the copyright owners of the same. If you are the Author/Copyright owner of this article and want us to remove the same then send an email to admin@blog.restaurant so that we can delete it immediately. We sincerely regret and apologies for any inconvenience caused to you due to the same. Though it is your decision but please take note that the link to your website and the article have been given above, within and on the bottom of the article.