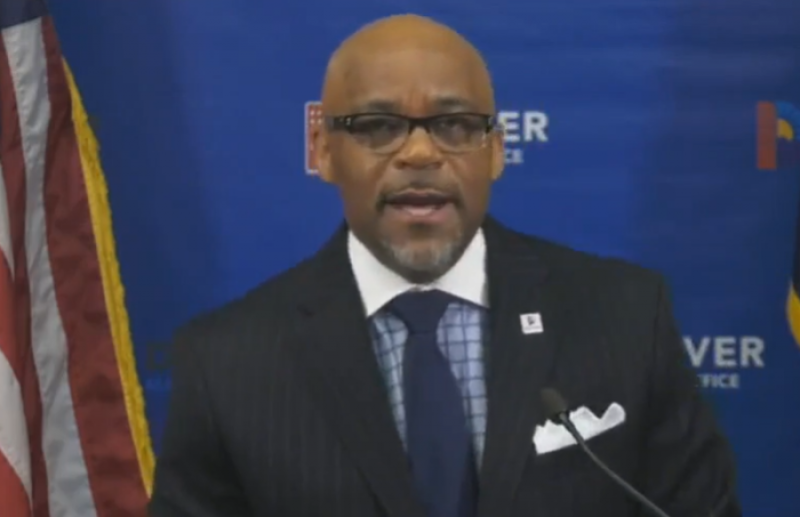 Denverites will no longer have to wear masks in outdoor settings, city officials said Wednesday, and other COVID restrictions will be further loosened later this week.

On Friday, the state will officially cede much of the COVID response authority to counties. At that point, Denver will essentially adopt the state dial — which levies varying restrictions based on COVID metrics — for 30 days. After that, county officials will re-evaluate the measures. Other metro counties have said they will likely end the dial — and thus many, if not all, restrictions — in mid-May.

As part of that, it will move itself from Level Yellow — a mid-tier level of restrictions — to Level Blue, the second-lowest tier. That move will allow for 100% capacity with 6 feet distancing for gyms and businesses that have qualified for the state's Five Star program.

All restaurants, whether they're Five Star-certified or not, will be allowed to operate at 100% capacity, so long as there's 6 feet of distancing. Bars can reopen, last call for alcohol sales will be bumped to 2 a.m., and capacity will increase for offices and retail settings.

Chris Fuselier, the owner of the Blake Street Tavern, said Five Star-certified businesses should be allowed to operate with just 4 feet of distance. He praised the move to county-level control and said he hoped restaurants could wield more influence going forward.

"Now that the state is ceding control of the dial to counties, that I hope will be an advantage because we’ve been very frustrated getting restrictions loosened from the state," he said. "Now we can go directly to the city and deal with Denver Department of Public Health, and no the massive Colorado Department of Public Health who do not have the manpower to listen to us."

The movement downward in restrictions comes as cases and hospitalizations in Denver and across Colorado have steadily ticked upward in recent days. Denver is going to move to blue, but two metrics — the one-week cumulative incidence rate and hospitalization trends — indicate Denver should stay in yellow.

The third metric — the positivity rate — falls into blue.

The rising statewide metrics have also raised questions about whether now is the time for state leaders to largely step backward. Bob McDonald, the executive director of Denver's Department of Public Health and Environment, was asked if it was too early to open up.

He and Gov. Jared Polis have said the reasons for this loosening were because high vaccination rates among the state's oldest residents and the threat of overwhelming Colorado's hospitals has virtually been eliminated.

That means, Polis has said, the crisis stage of the pandemic is done, and counties can take on handling it themselves.

But Coloradans are continuing to get sick. Hospitalizations are up, as is the positivity rate. In their latest modeling report, COVID researchers warned Tuesday that any changes to COVID policy — either at the state or local level — could lead to more hospitalizations and deaths.

One of those researchers, Colorado School of Public Health dean Jon Samet, said in an email Tuesday that the overall objective remains tamping down the pandemic.

Though younger people are less at risk for severe illness or death, the disease still "has severe impact among those younger than 65, and there is concern for persistent problems among those who have been infected."

Restrictions are still needed, he said. Otherwise, the state risks a spike unseen since the fall surge.

"The message is that policy measures are still needed, whether originating at the state or local public health agency level," Samet wrote in an email.

McDonald acknowledged those rising numbers and said the current level of risk is high. He and Mayor Michael Hancock said the trick now is balancing reopening but not so much that the virus can rush in.

Officials have said the "fourth wave" the state finds itself in has been driven by variants, which now account for a majority of the cases in Colorado.

"Certainly, we're dealing with a different landscape now than we were dealing with just this time last year or last fall," Hancock said. "While the threat is lessened today for older adults and other vulnerable populations thanks to this vaccine, variants that are more transmissible and potentially deadlier could put us all in a difficult spot very quickly."

"I think it's a mistake to move from whatever level of compliance we have based on the dial, to nothing," McDonald said. "I think it's too fast. I think it needs to be phased."

Still, despite the rising cases, the mortality rate is "very, very low," McDonald said, thanks to the vaccination pushes for Colorado's most vulnerable residents.

Because of the people who're getting sick, and because of readily available capacity in hospitals, "150 cases now is not the same as 150 cases" last year, he said.

Counties in the metro area were largely adopting similar restrictions, McDonald and Hancock said. There has been a notable exception: Douglas County has said it will opt out of this new approach.

When the state announced it would devolve authority downward, Denver officials said the shift would be challenging because of the potential for inconsistency across multiple metro counties.

McDonald said it would be "risky" to significantly scale back COVID restrictions right now.

"Any time you have counties that are close to or surrounding Denver that throw requirements out the window, it presents an elevated risk to Denver," McDonald said. "I would just remind those outside of Denver, when you're coming to Denver, we do have restrictions that will remain in place and we need visitors to Denver to comply with those."

The new measures in Denver will be in place for 30 days, he said.

John Douglas, the executive director of the Tri-County Health Department, told reporters Tuesday that after 30 days, the dial will disappear, and Tri-County will monitor cases for three months.

Asked if Denver would take the same path, McDonald said Denver is not planning for a prescribed three-month monitoring period. But he said officials are "not just going to evaluate what's occurring 90 days" from mid-May, when this order expires.

"We're going to be evaluating this through the rest of the year," he said. "We're always going to do that evaluation." 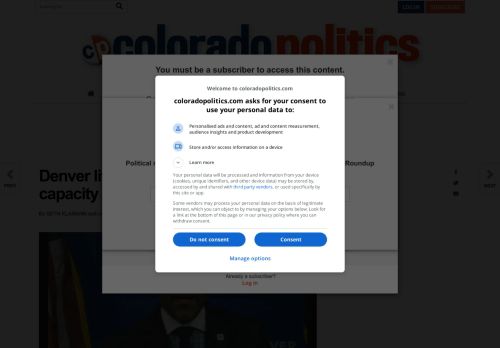 This article has been aggregated from www.coloradopolitics.com and they maybe/are the copyright owners of the same. If you are the Author/Copyright owner of this article and want us to remove the same then send an email to admin@blog.restaurant so that we can delete it immediately. We sincerely regret and apologies for any inconvenience caused to you due to the same. Though it is your decision but please take note that the link to your website and the article have been given above, within and on the bottom of the article.