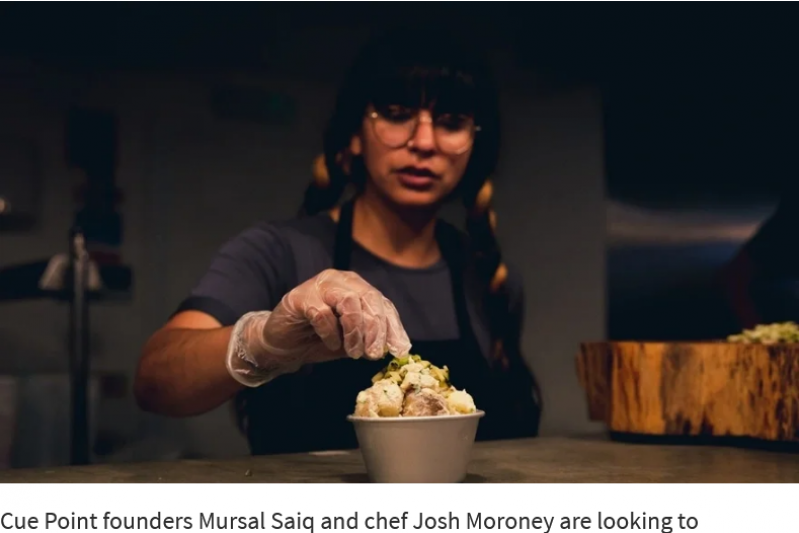 Cue Point founders Mursal Saiq and chef Josh Moroney are looking to crowdfund a restaurant and social enterprise that will support refugees and immigrants to enable them to develop their careers in the hospitality industry.

Cue Point Kitchen, hoped to open later this year, will train its employees in restaurant management, chef skills and operations to enable them to ‘climb the ladder' and accrue generational wealth.

Moroney, who has worked at Shotgun and Smokestak, was born to English and Guyanese parents. Saiq arrived in the UK in the 1990s, fleeing the civil war in Afghanistan, and worked across advertising and business management, restaurants and marketing before setting up Afghan barbecue brand Cue Point in 2017.

Saiq said: "So many fall into the lower rungs of the hospitality industry as it's the largest employer of racialised individuals in the UK – yet at the lower levels, with no growth in generational wealth or prospects…

"Our sole aim is to further diversify the industry and create generational wealth with our training, nurturing and overall attention to the individual."

She added: "I am a first-generation refugee whose entire life was ripped away and torn apart by war. I have taken control of that narrative now and believe we have found a real solution to helping refugees tangibly and practically as well as retaining a sense of pride and dignity. As a British Afghan company, our dual identities merge two great nations as a method to do so with many others."

Over the last year, Cue Point launched barbecue kits and a residency at Chiswick Pavilion, which also operated as a drive-thru. 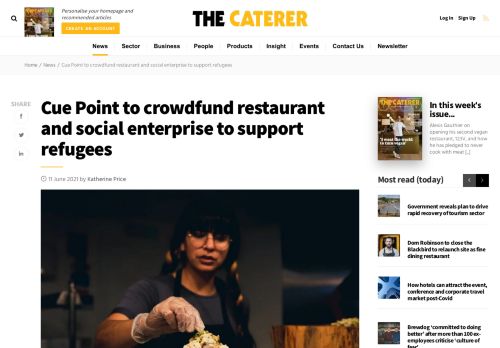 This article has been aggregated from www.thecaterer.com and they maybe/are the copyright owners of the same. If you are the Author/Copyright owner of this article and want us to remove the same then send an email to admin@blog.restaurant so that we can delete it immediately. We sincerely regret and apologies for any inconvenience caused to you due to the same. Though it is your decision but please take note that the link to your website and the article have been given above, within and on the bottom of the article.