Covid crisis: Restaurants and pubs to be ‘key battleground’ in lockdown exit talks

Restrictions on restaurants and pubs are expected to be central to discussions between the Government and public health officials next week as the plan for exiting the... 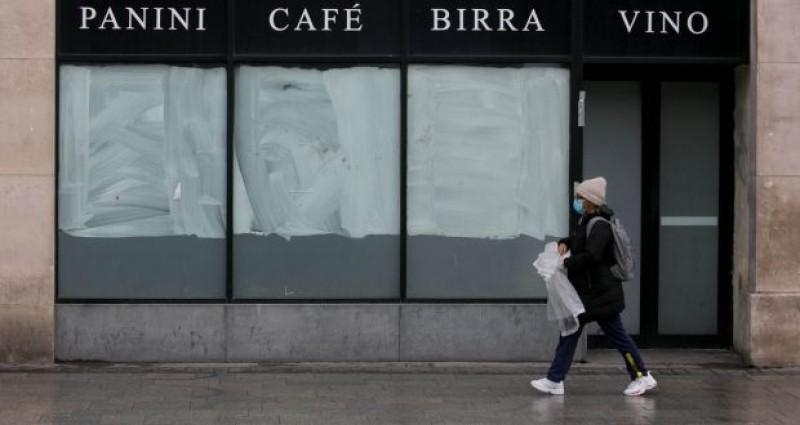 Restrictions on restaurants and pubs are expected to be central to discussions between the Government and public health officials next week as the plan for exiting the lockdown is finalised.

Senior sources involved have described indoor hospitality as “a key battleground” in the forthcoming discussions. These are likely to be defined by public health experts advising caution while some Government figures push for as wide a reopening as possible, according to several people involved.

However, he said this Christmas will be a very different one from previous ones in that large groups people could not congregate in pubs or other settings.

“That will pose challenges for us. It will not be a normal Christmas but it can still be a safe and enjoyable Christmas if we mind ourselves and if we mind others,” he told Virgin Media News.

Asked about the easing of travel restrictions, he replied: “We would like to see some relaxation of 5km and county borders.”

It is expected the Government will finalise the plan for exiting the lockdown and managing the pandemic during December and beyond by the end of next week.

The Cabinet will meet on Tuesday and there will be ongoing meetings of the oversight group. The Cabinet subcommittee will also meet to discuss exiting lockdown. There may be a second Cabinet meeting later in the week, according to Government sources.

Spread of the virus in indoor and uncontrolled environments, especially when alcohol is being consumed, is a significant concern for the National Public Health Emergency Team, The Irish Times understands.

There is likely to be less resistance to relaxing some restrictions on restaurants or gastropubs, but significant concerns remain over pubs that offer a token food offering to comply with regulations.

The team had extensive talks on Thursday on proposed measures for the Christmas season. While no final decisions have been taken, it is thought the most likely advice to Government will be to move to an enhanced version of Level 3 in December. There is a growing acceptance, however, that some form of bespoke set of restrictions for Christmas itself will be required, which will go hand-in-hand with strong messages on personal responsibility.

But there will be no further restrictions or Garda action on pubs serving takeaway drinks or people consuming them, following a meeting between the Taoiseach, Ministers and Garda Commissioner Drew Harris yesterday.

Mr Harris told the Taoiseach the public are complying with Level 5 restrictions to a “high level” during the meeting at Government Buildings to discuss the enforcement of rules, regulations and guidelines arising from the pandemic.

The Taoiseach was accompanied by Minister for Justice Helen McEntee and Minister for Health Stephen Donnelly.

The meeting was called following events last weekend, where crowds of people were filmed drinking takeaway alcohol in Dublin city centre. The Government said initially it would ban the practice but later backtracked and said it would discuss the issue with the Garda.

A Government spokeswoman said no new actions or measures would result from yesterday’s meeting which she described as “positive and constructive”.
Eight deaths, 330 new cases

Meanwhile, a further eight deaths and 330 new cases of Covid-19 were reported by the team on Friday.

This brings to 2,018 the total number of deaths and 69,802 confirmed cases of Covid-19 in the Republic of Ireland.

New figures also suggest the numbers of healthcare workers contracting Covid-19 in the second wave of the virus is considerably lower than in the first wave, according a report by the Health Protection Surveillance Centre.

In late March and early April, healthcare workers comprised about 40 per cent of positive Covid-19 cases, with the percentage of total cases peaking in May when it hit almost 45 per cent.

However, on the week ending November 14th, healthcare workers made up approximately 15 per cent of total cases, though this figure is increasing, having been as low as 5 per cent in late October.

Elsewhere, the first meeting of the State’s Covid vaccine taskforce is scheduled for early next week, it is understood. The taskforce is set to focus on issues around the planned vaccine rollout, including the logistical demands associated with storing medicines such as the Pfizer vaccine, which must be kept at an ultra-low temperature. 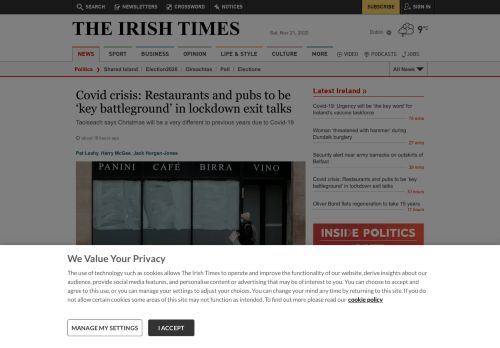 This article has been aggregated from www.irishtimes.com and they maybe/are the copyright owners of the same. If you are the Author/Copyright owner of this article and want us to remove the same then send an email to admin@blog.restaurant so that we can delete it immediately. We sincerely regret and apologies for any inconvenience caused to you due to the same. Though it is your decision but please take note that the link to your website and the article have been given above, within and on the bottom of the article.