Clocked! owner reflects on journey to open restaurant in Athens

Clocked! owner reflects on journey to open restaurant in Athens 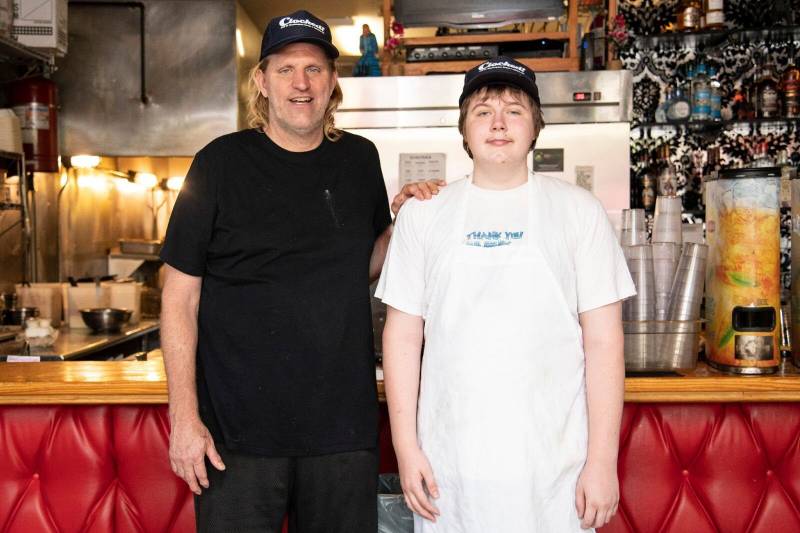 While working in the food industry on the West Coast, restaurateur David Zwart made suggestions about improving the restaurants where he worked. Zwart said several of his bosses told him he needed to open his own restaurant.

“It's kind of like a nice way of saying I was kind of difficult to work with,” he said.

Zwart now runs the quirky Clocked! restaurant known for its creative burger menu on Washington Street. Recently, he reflected on his decision to open his own restaurant in Athens in 2000.

When he lived in Kalamazoo, Zwart got his first taste of Athens when he saw R.E.M. play at the State Theatre. The band members talked to fans after the shows, he said. He became a big fan and traveled to Detroit and Ann Arbor to see the group.

About the time he graduated from Western Michigan University, Zwart saw the documentary “Athens, Ga. - Inside/Out” about Athens’ music scene. He decided to move to Athens.

During his first stint in Athens, Zwart was the main doorman at the 40 Watt Club for five years at the West Clayton Street location. When the 40 Watt Club moved to the current location on Washington Street, he realized there were only a few restaurants near the new location. Zwart thought it would be a great location to open a restaurant.

Zwart left Athens for some time and eventually ended up in Portland, Oregon, in the food service industry. In his late 30s he decided his bosses might be right — he should open his own restaurant.

Then, he learned that a space was available on Washington Street in Athens.

“And it seemed like it was fate, when this spot opened up, right around the time that I was thinking about opening up something in Oregon,” Zwart said.

Zwart headed to Athens with his girlfriend (now wife) Lisa Yaconelli to open Clocked! He had considered the word “clocked” ever since he saw it in a crossword puzzle during a work stint as a production assistant in New York. “Clocked” intrigued him, and he decided to use it sometime in the future, he said.

At first, Zwart patterned Clocked! after the restaurant he helped manage in Portland, featuring pasta and pizza bread. Over time, hamburgers became a customer favorite, and the menu evolved.

Ashley Daniel, a University of Georgia student, has worked at Clocked! for two years.

“I like that it's pretty laid back. It's a local, it's not a corporate job,” she said. “It's a pretty good environment.”

Robbie Rapp has cooked at Clocked! for four years and has deep roots in Athens — his father taught in the English department at UGA for 40 years.

In preparation for reopening the dining room, Zwart has updated the color scheme and ordered new furniture. Due to the pandemic, the furniture is on backorder, and the restaurant will continue using its outdoor dining areas until it arrives.

Zwart said that a family told him they had driven 40 minutes to the restaurant “because they just love our place so much.” He realized he and his staff had created something memorable.

“I think it's a combination of the food and the wacky decor and just our kind of quirkiness,” Zwart said. 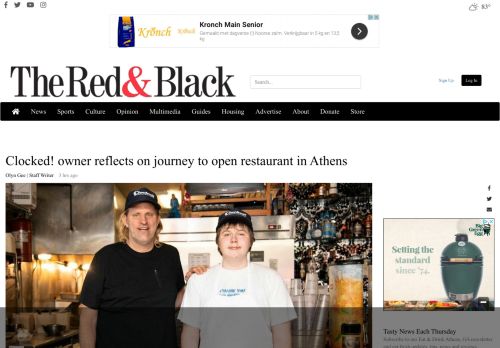 This article has been aggregated from www.redandblack.com and they maybe/are the copyright owners of the same. If you are the Author/Copyright owner of this article and want us to remove the same then send an email to admin@blog.restaurant so that we can delete it immediately. We sincerely regret and apologies for any inconvenience caused to you due to the same. Though it is your decision but please take note that the link to your website and the article have been given above, within and on the bottom of the article.