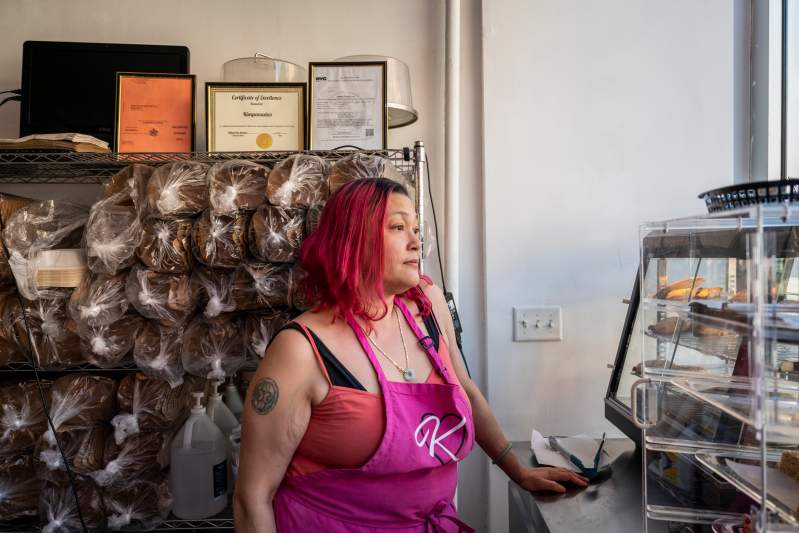 City restaurants reopened to 100% capacity on May 19, lifting owners’ hopes of a full plate of business — including those bravely opening new establishments.

THE CITY reviewed new-permit data provided by the city Department of Health and Mental Hygiene going back to 2017. The numbers show that Brooklyn is where the action is, while Manhattan’s star is fading.

From January through mid-April of this year, 832 new restaurants received health department permits to operate.

The shares for other boroughs remained largely unchanged: a quarter of all new restaurants this year opened in Queens, while The Bronx welcomed 9% of newcomers and Staten Island 4%.

Kim Meyer is among the entrepreneurs weathering the economic and health uncertainties of COVID to open new food establishments in New York City after thousands have closed.

She ran a pop-up food stand within a bar in Brooklyn’s Prospect Heights before venturing out to find her own space in the middle of the pandemic last summer.

After months of searching, Meyer found a location in Cobble Hill, along the famous foodie strip on Smith Street. With multiple storefronts now empty, she said she got lucky and struck a deal with a local landlord.

That wasn’t possible pre-pandemic, she said, when property owners “didn’t really have incentive to let small businesses try to open with lower rents.”

Meyer, however, designed her “gourmet hot-pocket” restaurant — Kimpanadas — to be take-out only.

“I set this business up to be this way because I want it to be COVID-proof,” Meyer said, “or whatever comes next.”

The signs of life come in an industry still reeling from the pandemic, even as take-out and delivery proved a lifeline for some establishments, backstopped by government aid and rent relief.

The number of new restaurants opening so far this year is still down 43% from the same period in 2019, and industry employment is just 40% of its pre-pandemic level, according to the Federal Reserve.

“Last year was the only year the restaurant industry actually shrunk in size in the last 100 years,” said Haragopal Parsa, a hospitality management professor at Denver University. “COVID is worse than World War II.”

Parsa said the pandemic will prompt the industry to reevaluate its business models, including figuring out how to hold on to workers and where to open restaurants. 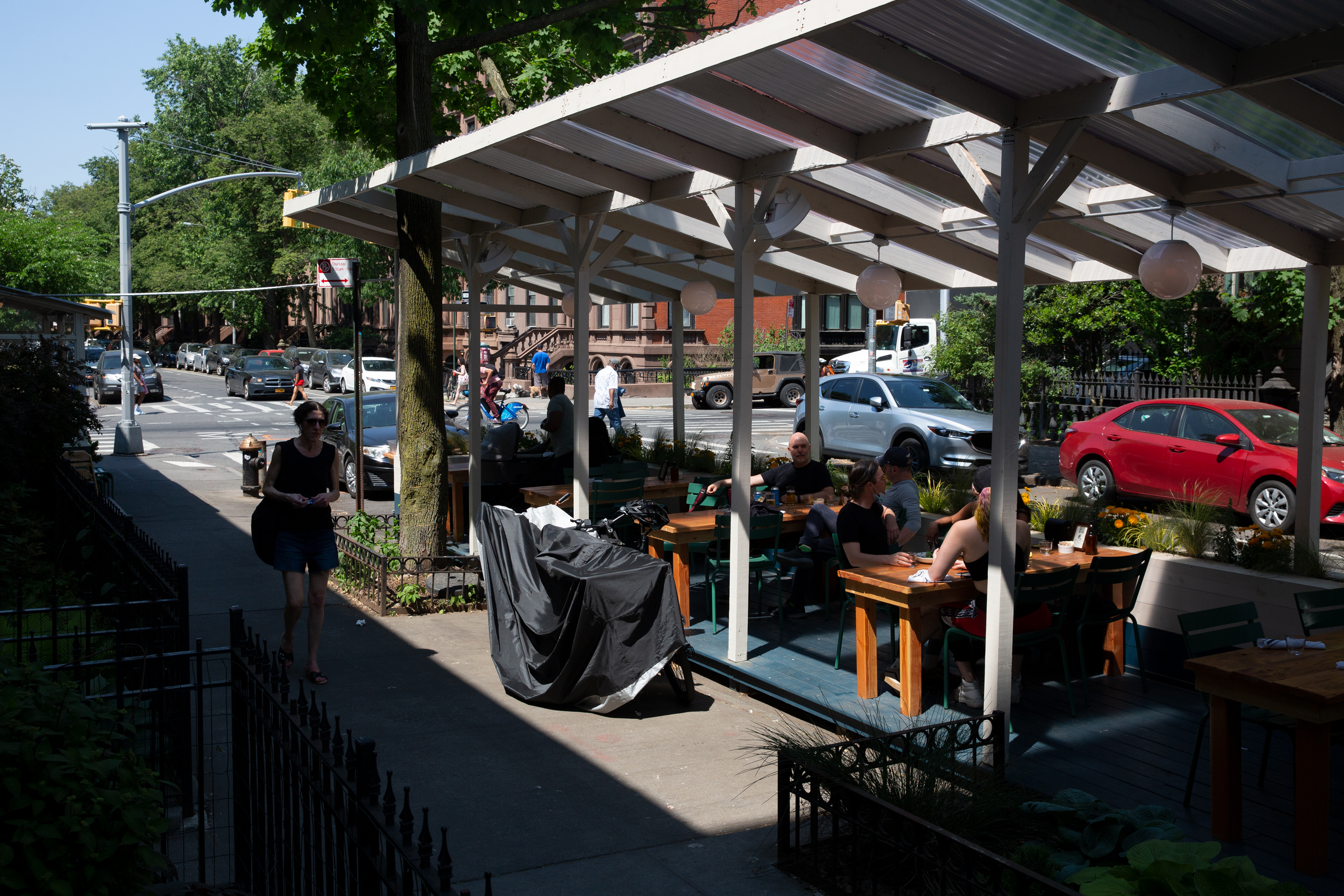 Take 11231 in Brooklyn’s restaurant scene-making Carroll Gardens, Cobble Hill and Red Hook. Eleven new restaurants have received permits there so far this year — compared to a dozen combined for the first four months of 2019 and 2020.

“Many people are living and working in residential neighborhoods at home, which is definitely helpful to restaurants in those communities,” said Rigie.

Some 40% of new restaurants opened in residential neighborhoods pre-COVID. This year, that figure jumped to 47%.

Opening up restaurants in residential areas can also help attract workers, allowing for shorter commutes at a time when some eateries are struggling to find employees.

wage “would rather find jobs close to home.”

Meyer acknowledges the once “saturated” Smith Street restaurant scene has been slammed by pandemic shutdowns and customers’ departures from the area.

“This neighborhood went from jumping to dead,” she said.

Hers is the first business to reopen on her side of the block, next door to the once lively but now shut-down Angry Wade’s bar, one of many pandemic casualties.

But she says Smith Street is primed for a culinary comeback.

“I’ve had my neighbors across the street come over and say thank you for opening,” she said. “Because it just helps the whole strip.”

THE CITY is an independent, nonprofit news outlet dedicated to hard-hitting reporting that serves the people of New York. 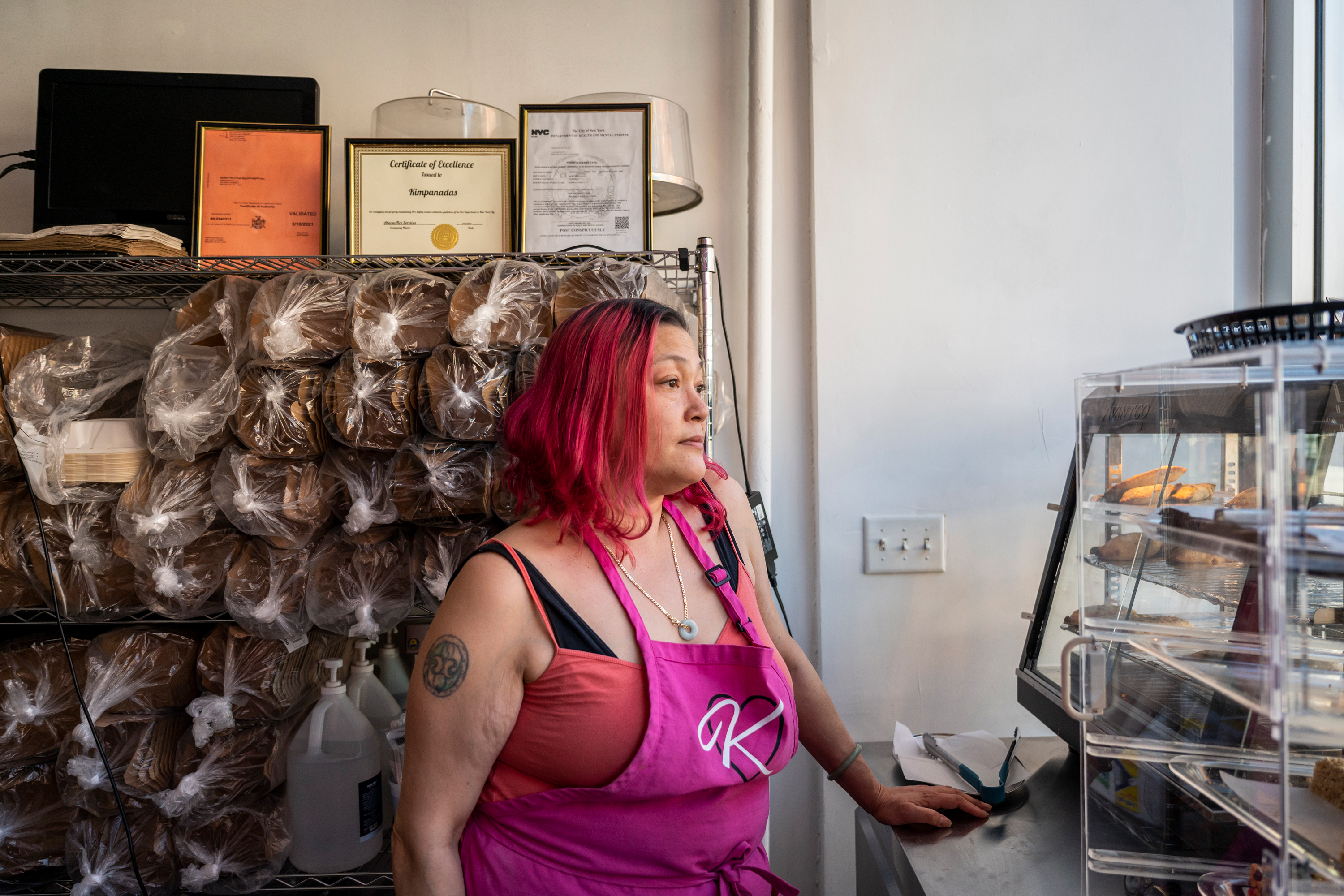 This article has been aggregated from bklyner.com and they maybe/are the copyright owners of the same. If you are the Author/Copyright owner of this article and want us to remove the same then send an email to admin@blog.restaurant so that we can delete it immediately. We sincerely regret and apologies for any inconvenience caused to you due to the same. Though it is your decision but please take note that the link to your website and the article have been given above, within and on the bottom of the article.