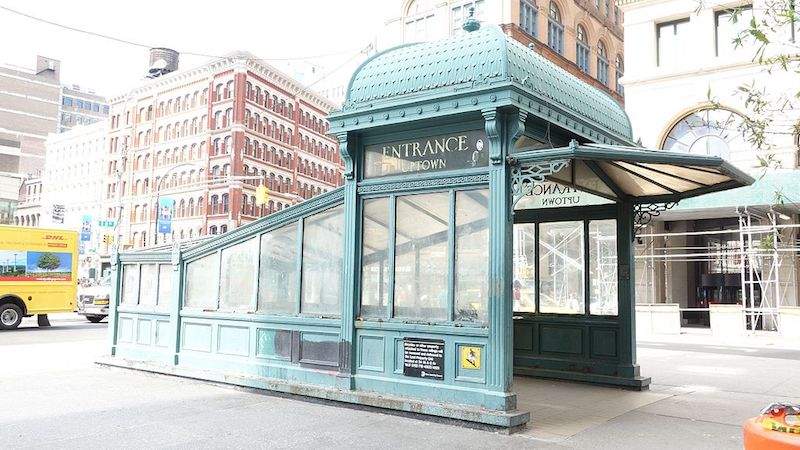 My favorite subway stations in Manhattan

I’ve mentioned my affinity for the New York subway on more than one occasion, but I’m partial to certain stations and lines. While I’m fortunate to live close to one of the most reliable trains in New York City (1-2-3 or the “Red” line), I’ve ridden just about every train and entered or exited many stations at one time or another. One of the greatest aspects of the subway in NYC is that once you learn the ropes, you can ride most any train with success and have no fear of getting lost or running late–– barring underground demons and getting stuck in a train station. That said, for location, looks, or both, these are some of the best subway stations in Manhattan.

While most straphangers won’t think this station is anything special, I prefer this location so much to Times Square/42nd Street. In fact, I’ll often get off here and walk to avoid the bedlam at 42nd. This station is never as busy and has one flight down to the platform. I also like that when I enter on the north side of 50th street, I am at the right end of the train to exit at my uptown stop, which in any New Yorker’s world is essential because riding in the right car (closest to exit) saves time! Bonus: I also like the ceramic tile details in this station.

I love that there are so many lines here making it super easy to get anywhere or get to it. The surrounding area is always bustling with energy and people, and I find it a treat to take the subway, which oozes “old New York” to and from this station in the heart of Greenwich Village. 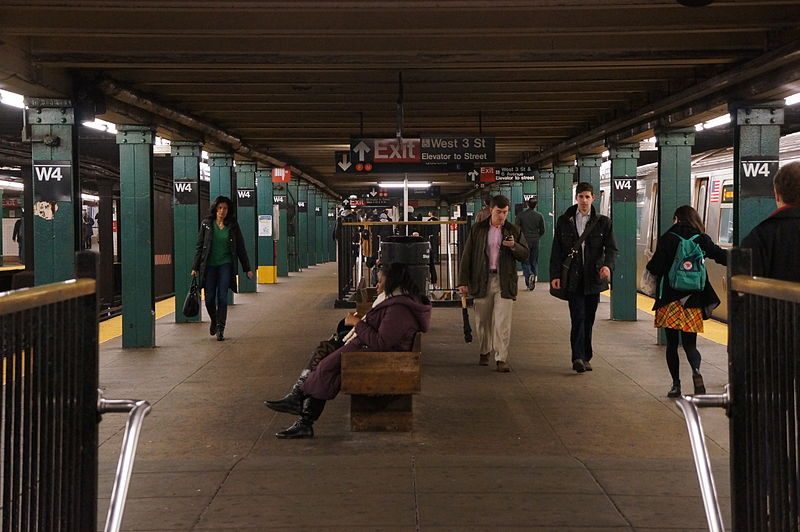 Not as busy as 59th and Lex (only one stop south from 68th), this station is relatively quiet. The proximity to the Upper East is awesome, too. I used to work at 59th, and many days I’d walk up to 68th to clear my head after a long day. There is also a seriously good hot dog vendor nearby at Hunter College. Good food close by is always a plus.

B/C at 81st Street/Museum of Natural History

This subway has some striking interior details, and exiting this train station is a treat: walking out to see one of the prettiest parts of the city.  Jam-packed cars and the subterranean stench of the New York subway are worth bearing when I know that I can be above ground in minutes gazing at Central Park, the Museum of Natural History, and the grounds surrounding the museum, also called Theodore Roosevelt Park. Lovely from every angle. 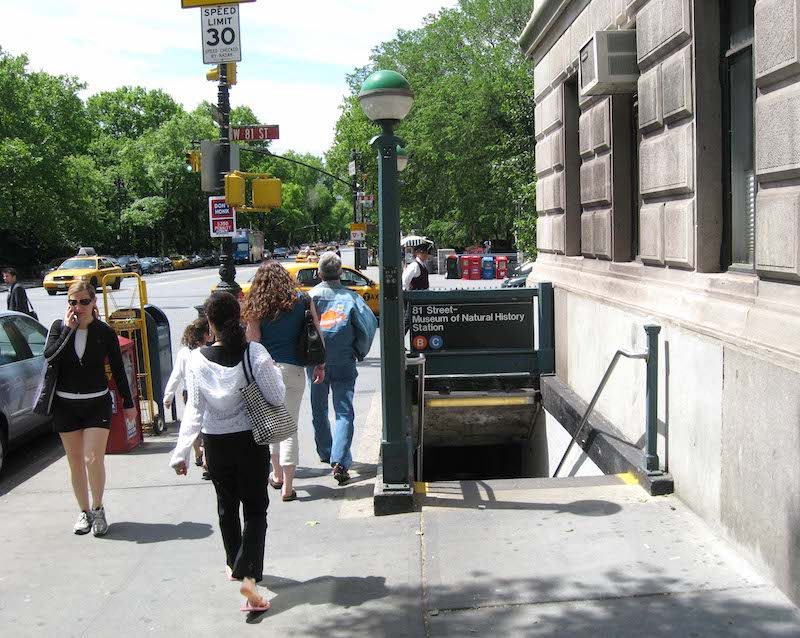 Astor Place (photo at top) is one of the coolest stations in town. Completed in 1904, it is also one of the original 28 stations in NYC and listed on the National Register of Historic Places. Astor Place is situated conveniently near NoHo and the East Village, which are two of my favorite neighborhoods.

This 86th Street stop is the one I use most often, and I am completely spoiled. Not only is this 1 train outpost a hop, skip, and jump from my apartment, but the MetroCard machine is outside! That means I can refill my card any time without going down in the stinky dungeon. And, a countdown clock displaying the time of the next few trains is at the top of the stairs too, and visible from the street. I know how long I have to get down the stairs and to the platform before the next train; if I should rush; or if I should take my sweet old time. For all of these reasons, the 87th Street entrance has to be the best subway station in New York City, at least for me personally. 😉

I realize that this Upper East Side station (like other new subway stations) doesn’t possess the character that these other old stations do. Still, the Second Avenue Subway stations are unbelievably spacious and beautifully designed (going underground in New York City has never felt so good), and I especially favor the one at 86th Street because I love the large scale mosaic portraits by Chuck Close. Close’s subjects are well-known New York artists (including himself), and the pieces epitomize the creativity and diversity of our great city. 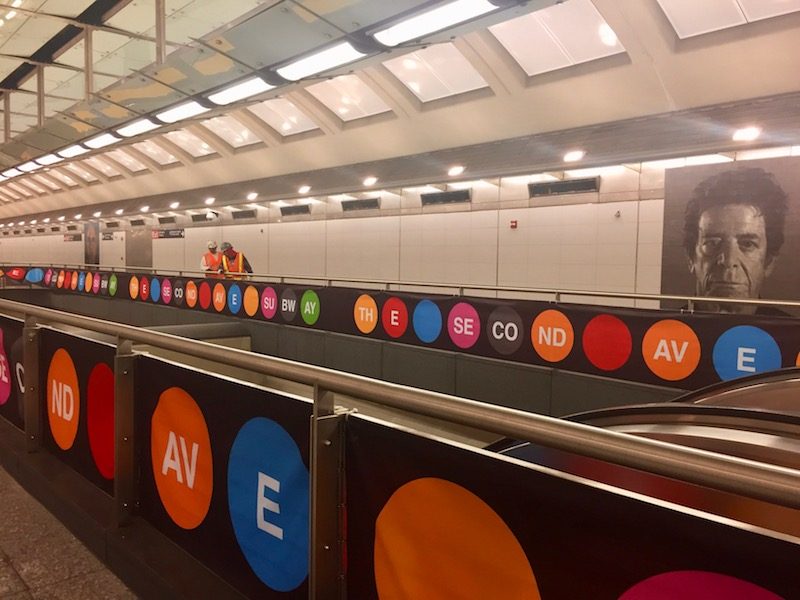 Be sure to check out all the newish subway stations including the other stops along the Second Avenue Subway line (96th, 72nd, and 63rd), the Fulton Center in Lower Manhattan, the 7 train extension on the far West Side.

And of course, do not miss the Oculus at the World Trade Center Transportation Hub designed by Spanish architect Santiago Calatrava. The project, which is a combo of mass transit, retail, and restaurants, opened in 2016 and it is indeed a work of art. This station is in a league all its own and should have its own blog post! 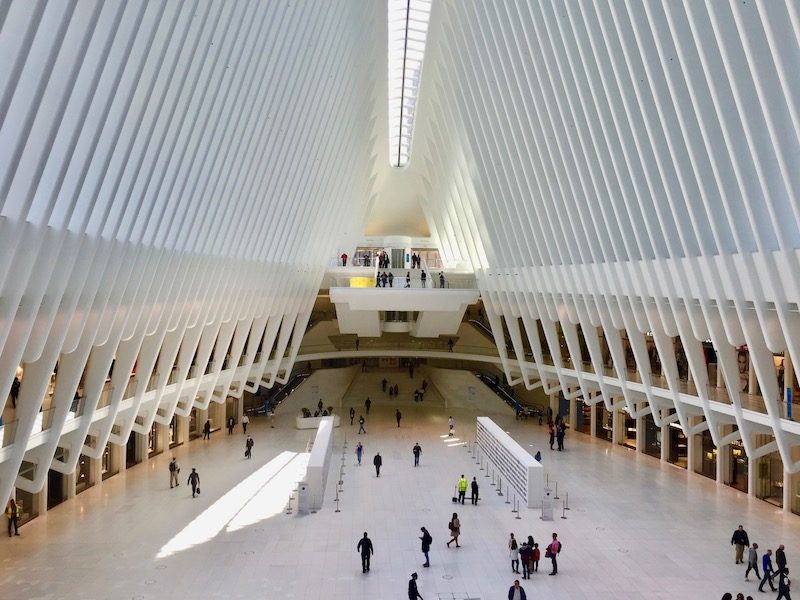 Also, subway love songs, playing it safe in the subway, and a New York subway guide for beginners.

And if you need a break from New York City life, check out this travel blog about Portland.

This article has been aggregated from tracysnewyorklife.com and they maybe/are the copyright owners of the same. If you are the Author/Copyright owner of this article and want us to remove the same then send an email to admin@blog.restaurant so that we can delete it immediately. We sincerely regret and apologies for any inconvenience caused to you due to the same. Though it is your decision but please take note that the link to your website and the article have been given above, within and on the bottom of the article.