Aucklanders, get ready – a new craft beer and food festival is... 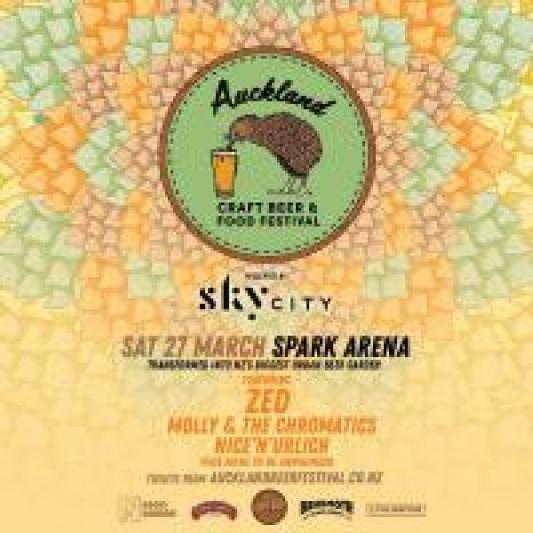 Aucklanders, get ready – a new craft beer and food festival is coming your way and set to be a calendar event in March 2021!

Delivered by the team behind the iconic Dunedin Craft Beer and Food Festival and led by brewery partners Behemoth Brewing Company and Emerson’s Brewery, event will bring together more than 50 breweries across Spark Arena’s indoor and outdoor areas alongside artisan food & beverage vendors and curated tasting room sessions.

Supported by Live Nation and Radio Hauraki, the day will also feature a stacked musical lineup of rock legends Zed, neo-soul act Molly & The Chromatics and DJ heroes Nice’n’Urlich, with more to be announced.

Festival Director Jason Schroeder says, “We are pleased to partner with Live Nation to launch the Auckland Craft Beer and Food Festival, and together enter a new market. With the Dunedin Craft Beer and Food Festival in its 8th year now one of Dunedin’s most iconic events, it’s a logical step forward to bring craft beer and food offerings to Tamaki Makaurau. We are pleased to have a part in the growth of local and international brewers alike”.

SkyCity GM Marketing New Zealand Jon Spittle says, “SkyCity is proud to partner with the Auckland Craft Beer and Food festival and to be supporting the New Zealand event industry to showcase local food and beverage.”

General admission tickets for the entire day will be just $45, while limited $90 family passes will also be available for 2 adults and up to 4 children.

Limited ‘Hop the Queue’ passes that include a general admission ticket, fast track entry and AWOP wristband pre-loaded with $20 credit will also be available for $90. All pricing excludes booking fees.

Vendor expressions of interest are now open so don’t delay if you want to bring your brew, beverage or food to the masses. Submit your application at aucklandbeerfestival.co.nz.

ZED
MOLLY & THE CHROMATICS
NICE’N’URLICH
+ more to be announced 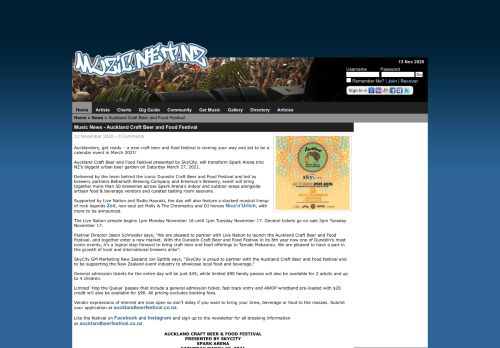 This article has been aggregated from www.muzic.net.nz and they maybe/are the copyright owners of the same. If you are the Author/Copyright owner of this article and want us to remove the same then send an email to admin@blog.restaurant so that we can delete it immediately. We sincerely regret and apologies for any inconvenience caused to you due to the same. Though it is your decision but please take note that the link to your website and the article have been given above, within and on the bottom of the article.