As customers start coming back to Metro Atlanta restaurants, will the workers?

As customers start coming back to Metro Atlanta restaurants, will the workers? 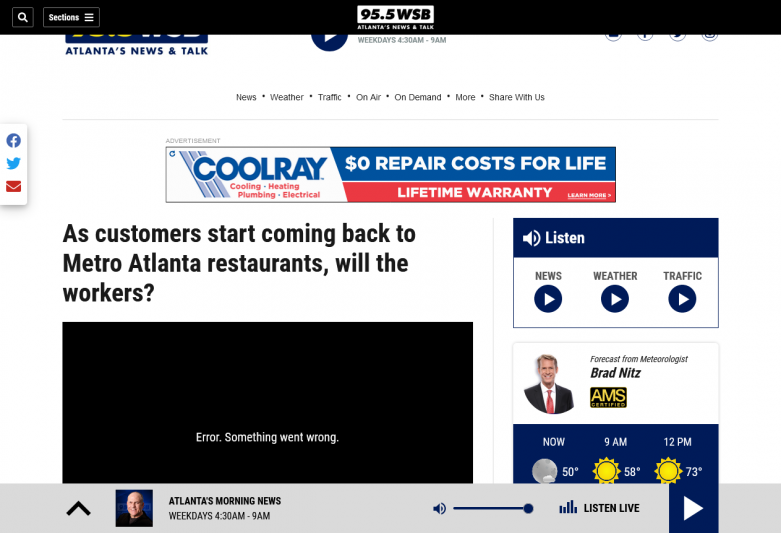 ATLANTA — One of the big questions for businesses as pandemic restrictions begin being lifted is, “Will the people come back?”

For restaurants, it’s a two-fold question with the second half being, “Who is going to take care of them?”

“I started dining in maybe a month or so ago,” Williams said.

But Williams did say that the problem he’s running into is not enough workers to meet the demand.

Wlmadimir Chacon, the General Manager at the Flying Biscuit Café in midtown told Jennings he’s down at least five positions.

“That’s my main thing, to get fully staffed before I can start filling up tables and more people,” Chacon said.

Chacon added that some of his employees have had to pick up double shifts or come in on their off days to help make up for the staffing shortage. He believes their is a reason he’s having some much trouble finding the help he needs.

“One is most people decided to work other places and I think some people are taking advantage of getting paid and staying home. Or we set up interviews but nobody shows up for interviews,” Chacon said. “Even McDonalds and other places have big signs on the doors saying we’re hiring. And they’re all going through the same issues you know lines are longer than they ever were wherever you go because they’re short staffed.”

Most restaurant owners are hopeful that in the next few months with more and more people getting the COVID-19 vaccine that business will get back to normal.

Click Here To See More
News Source: www.wsbradio.com
As customers start coming back to Metro Atlanta restaurants   will the workers? 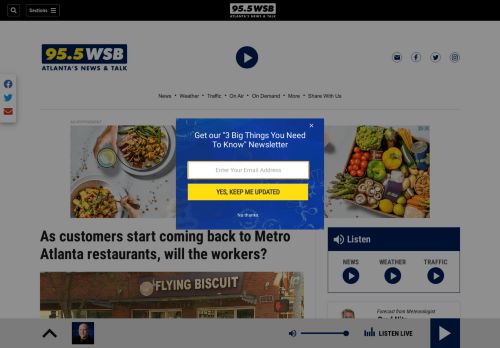 This article has been aggregated from www.wsbradio.com and they maybe/are the copyright owners of the same. If you are the Author/Copyright owner of this article and want us to remove the same then send an email to admin@blog.restaurant so that we can delete it immediately. We sincerely regret and apologies for any inconvenience caused to you due to the same. Though it is your decision but please take note that the link to your website and the article have been given above, within and on the bottom of the article.