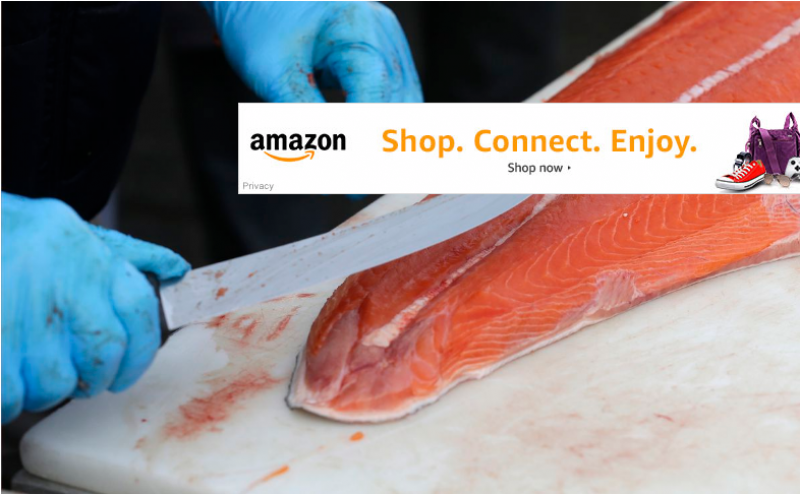 At OBI Seafoods, a sprawling operation with outposts throughout Alaska, there’s all sorts of extra machinery for workers to master. At Whole Foods Market, there are new guidelines for purchasing salmon from wholesalers. And at Ivar’s, a fixture on Seattle’s waterfront for eight decades, the chef is sending back skimpy salmon delivered to his kitchen.

Behind all these changes is an alarming trend that’s been building for years: The giant schools of wild Pacific salmon that can turn Southeast Alaska’s ice-cold waters into a brilliant orange blur are thinning out, and those that do survive are smaller.

It’s the shrinking part that’s causing the biggest logistical snarl right now. Many salmon are so small they’ve thrown off OBI’s fish-sorting process and no longer meet the purchasing specifications at Whole Foods and culinary demands at Ivar’s. There, head chef Craig Breeden snaps photos of the fish next to his knife to illustrate their diminutive size before shipping them back.

“It’s very irritating when the supplier sends it to me and I see the size of these fillets,” he said. “In the last eight to 10 years, the salmon sizes have started to get smaller and smaller.”

These disruptions are, for now, more a nuisance than serious problem. But they almost certainly presage more costly changes to come and, much more importantly, raise alarm bells about the growing crisis in some key salmon populations that is being driven, according to many scientists, by climate change and more competition for food. Decades after the Atlantic cod fisheries collapsed, concern is now mounting among experts that wild Pacific salmon could face a similar fate.

“The whole thing is out of whack,” said Laurie Weitkamp, a U.S. fisheries biologist at the National Oceanic and Atmospheric Administration. “Salmon managers are realizing that climate change is impacting their stocks and it is generally not favorable and it’s only going to get worse.” 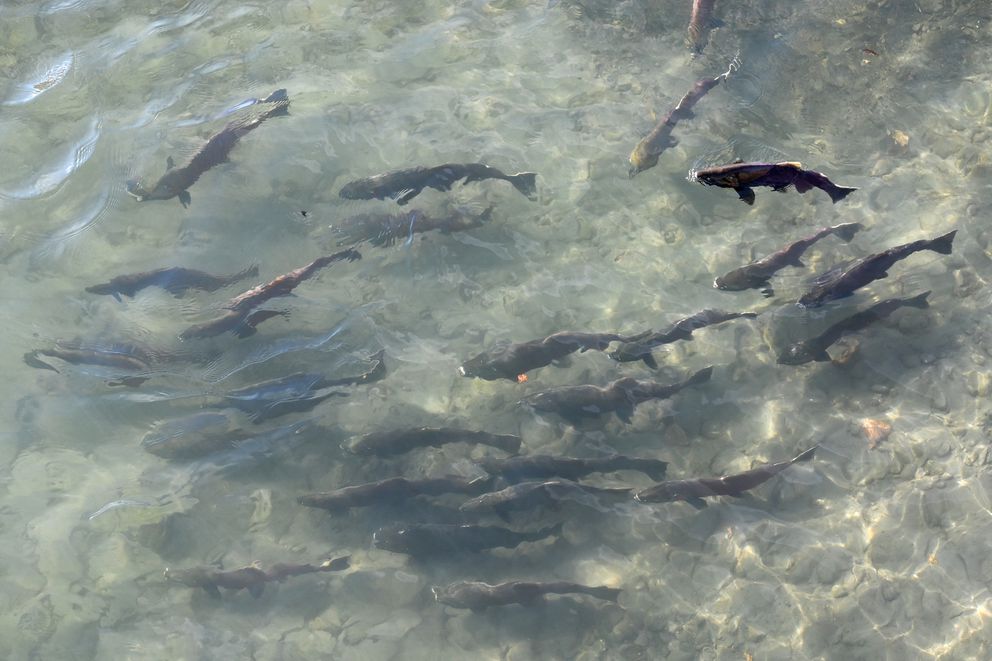 Salmon are so vital that scientists call them a “keystone” species, since animals such as bears and eagles depend on them, and the fish indirectly spread nutrients into ecosystems including forests. A salmon’s life journey from freshwater streams to the ocean and back again to reproduce and die makes them especially vulnerable to warming temperatures and a shifting environment.

Alaska salmon are getting smaller partly because they’re returning from the ocean at a younger age, though scientists don’t really know why. The trend is also playing out across the Pacific Rim, from the U.S. mainland and Canada to Russia and Japan.

“When the size and the numbers go down that’s a harbinger of change that is taken as a red flag among many scientists,” said Peter Westley of the University of Alaska Fairbanks, co-author of a study on salmon size published last year with the University of California Santa Cruz.

The scientists examined four of the five Pacific salmon species in Alaska. Chinook -- pursued by anglers and valued by restaurants -- had the biggest average decline, at 8%, compared with pre-1990 fish. All other species shrunk, with sockeye showing the smallest decline at 2.1%. The most rapid changes were in the past decade.

Dwindling sizes in other species signaled a fishery’s collapse, including Canada’s Atlantic cod three decades ago.

In Europe and New England, the memory of rivers teeming with wild Atlantic salmon is all but forgotten due to overfishing, habitat loss and dam construction that blocked spawning grounds, said David Montgomery, whose 2003 book “King of Fish: The Thousand Year Run of Salmon” warns that the Pacific species could face the same fate. “Sadly, the book is still current.”

Agriculture, mining and other man-made interactions have sent Pacific salmon numbers plummeting in places including the Pacific Northwest’s Columbia-Snake River Basin. In some parts of Canada and the U.S., they’re endangered. Key runs in Alaska and Canada’s British Columbia province are seeing some of the worst years. 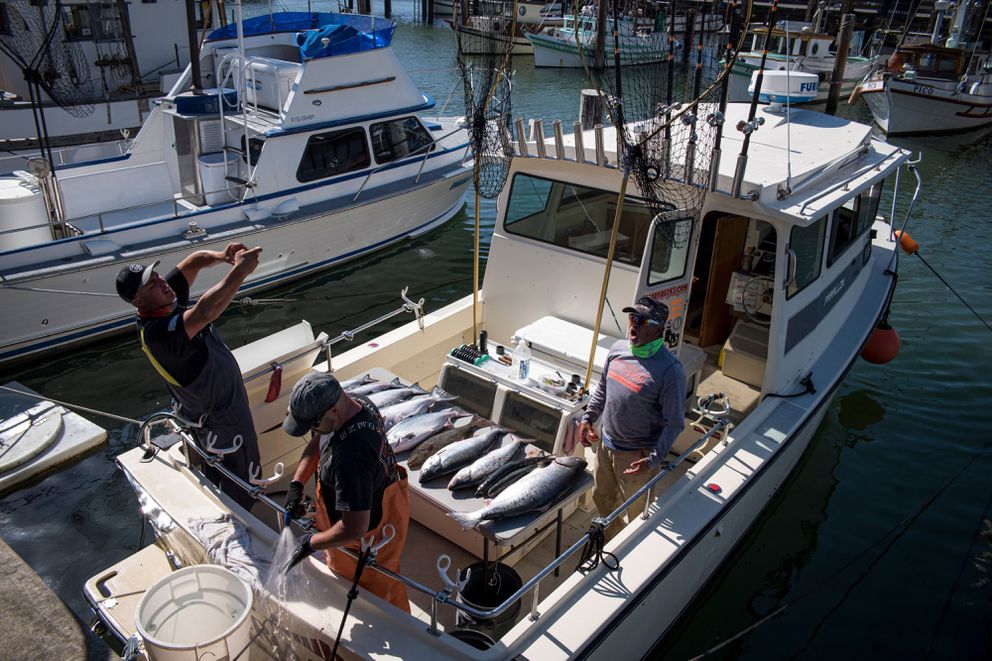 B.C.’s Fraser River had record low sockeye run sizes in three of the last five years, with last season setting a new low, said the Pacific Salmon Commission, which oversees management of the fish in the U.S. and Canada.

“We are seeing a march north on the declines and collapses of salmon fisheries,” said Guido Rahr, head of Portland, Oregon-based Wild Salmon Center. “Japan has almost no wild fish left. In parts of Russia, once massive salmon runs are collapsing due to overfishing.”

Russia and the U.S. make up 85% of the world’s remaining Pacific salmon.

“Salmon is such a nuanced and interconnected species -- one little tweak when they are young can make a big change,” said Arron Kallenberg, founder and CEO of seafood retailer Wild Alaskan Co. “From an industry standpoint it certainty makes an impact.”

While salmon runs in some areas saw steep population declines, Bristol Bay -- supplier of about half the world’s sockeye -- has had booming harvests. Even so, signs of smaller fish abound, OBI Seafoods CEO Mark Palmer said.

Historically, 4-pound sockeye and larger -- key for commercial fisheries -- make up as much as 70% of each season’s Bristol Bay catch, Palmer said. Today, those larger salmon are no more than half the catch.

“Your yields go down a little bit with smaller fish,” he said. 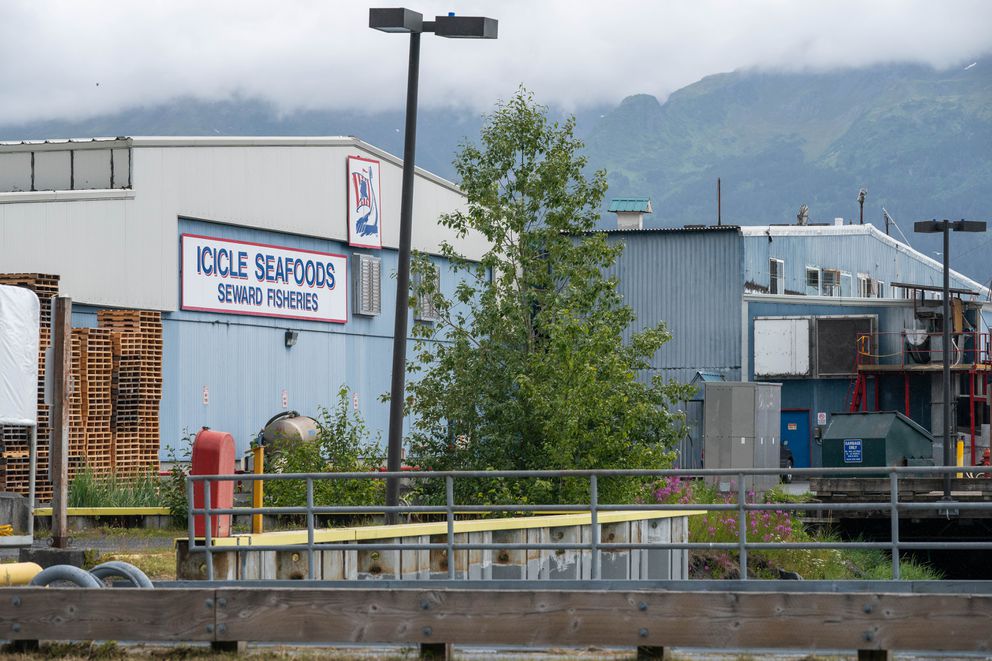 At Southeast Alaska’s Klukwan village, 115 miles north of Juneau, fishing nets have told the tale of shrinking salmon for years.

“Something is out of whack in the ocean and we wish we knew a way to fix it,” said Jones Hotch Jr., a tribal council member of this community of 40 families along a river whose indigenous name means “winter container for salmon.”

They depend on annual salmon return, which is why Hotch Jr. is pushing for stronger environmental protections against mining and other threats to the Chilkat River.

“My drive for saving our river for salmon runs to the very marrow of my being,” the 70-year-old said. “I believe that when we save our salmon, we save and preserve our culture.”

This article has been aggregated from www.adn.com and they maybe/are the copyright owners of the same. If you are the Author/Copyright owner of this article and want us to remove the same then send an email to admin@blog.restaurant so that we can delete it immediately. We sincerely regret and apologies for any inconvenience caused to you due to the same. Though it is your decision but please take note that the link to your website and the article have been given above, within and on the bottom of the article.