This year has been a challenging one for everyone with many of us not being able to see our families easily because of the pandemic.  So between lockdowns I jumped at... 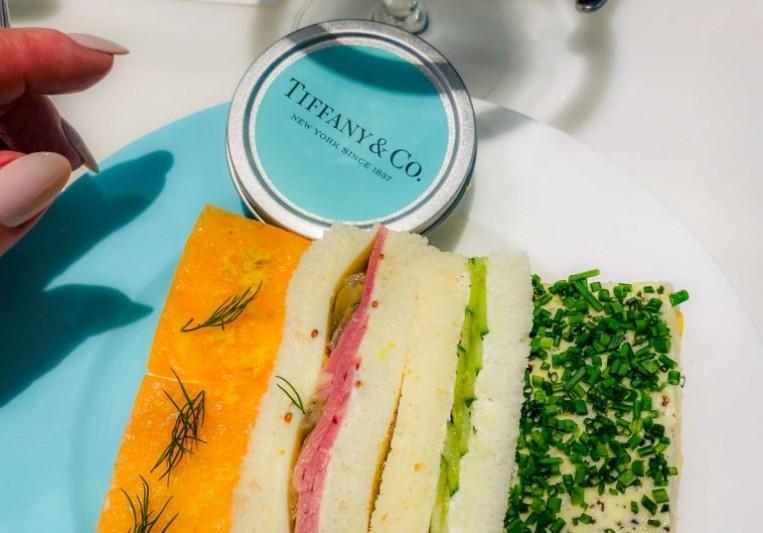 This year has been a challenging one for everyone with many of us not being able to see our families easily because of the pandemic.  So between lockdowns I jumped at the opportunity to have a catch up with my lovely sister over a special afternoon tea. 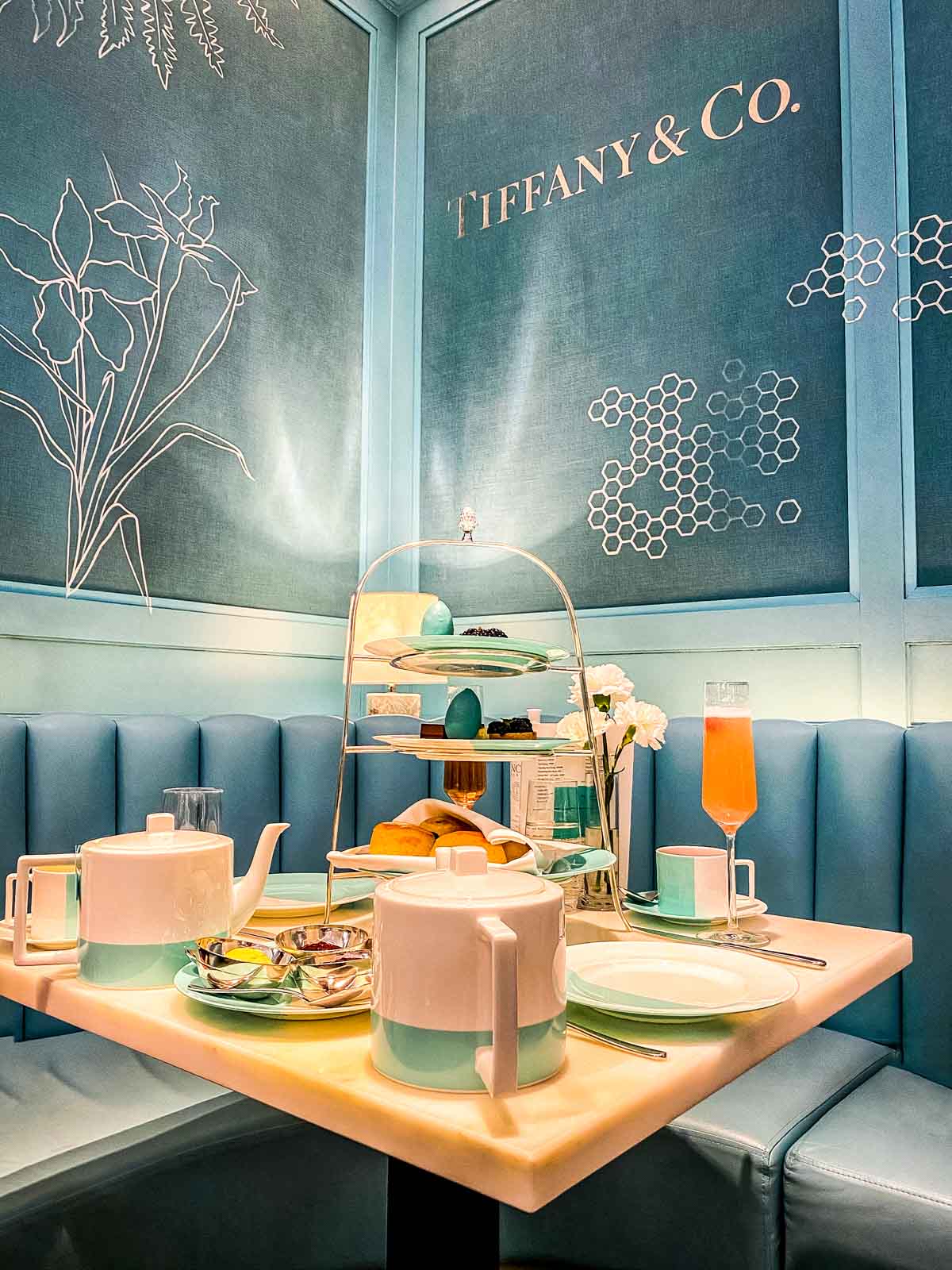 Our destination was the charming “Tiffany Blue Box Café” on the lower ground floor of the luxurious Harrods.  Mohammed Al-Fayed bought Harrods in 1985 from House of Fraser.  During this time he added his own personal touches to the landmark store including memorials to his son Dodi and Diana Princess of Wales following their tragic death in 1997.  In 2000 he chose not to renew his royal warrant claiming the Queen had not shopped there for many years and it would be hypocritical to display the official seal.  He sold Harrods to Qatar Holdings in 2010 for 1.5 billion.

After an hour floating around this dreamy London store we arrived at the “Blue Box Café”.  The theme celebrates Audrey Hepburn’s iconic character in the 1961 film “Breakfast at Tiffany’s”. 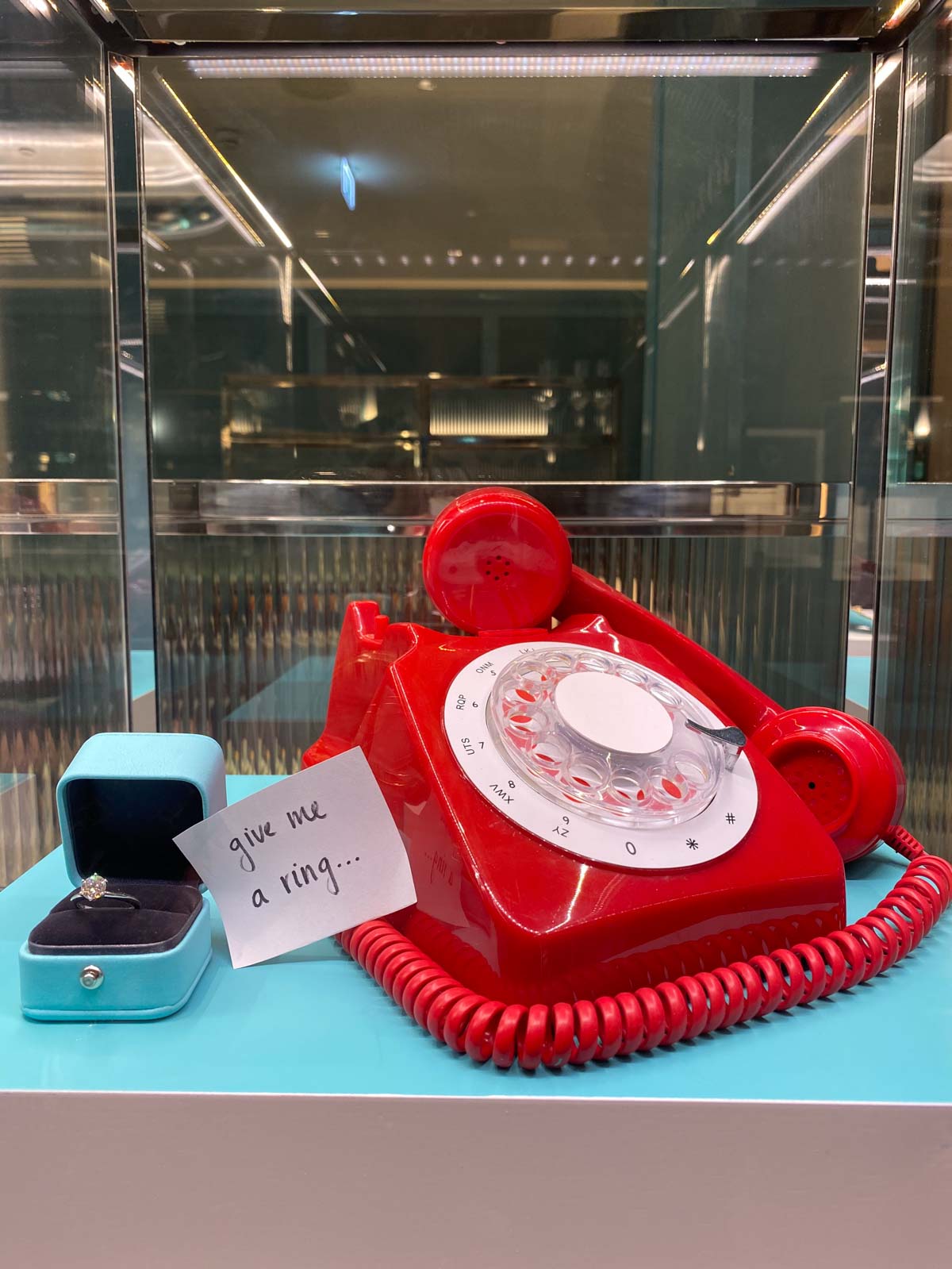 We were seated at a cosy corner table which was dressed to elegant perfection.  The tableware was all Tiffany embossed with the teapot retailing at an eye watering £210 and the teacup £75 (available to buy instore – giggles).  The café itself is both intimate and calming with the panelled walls painted a glossy duck egg ‘Tiffany Blue’.  We were surrounded by glittering jewels winking at us from their glass display cases and it felt like we were dining inside an actual Tiffany gift box. 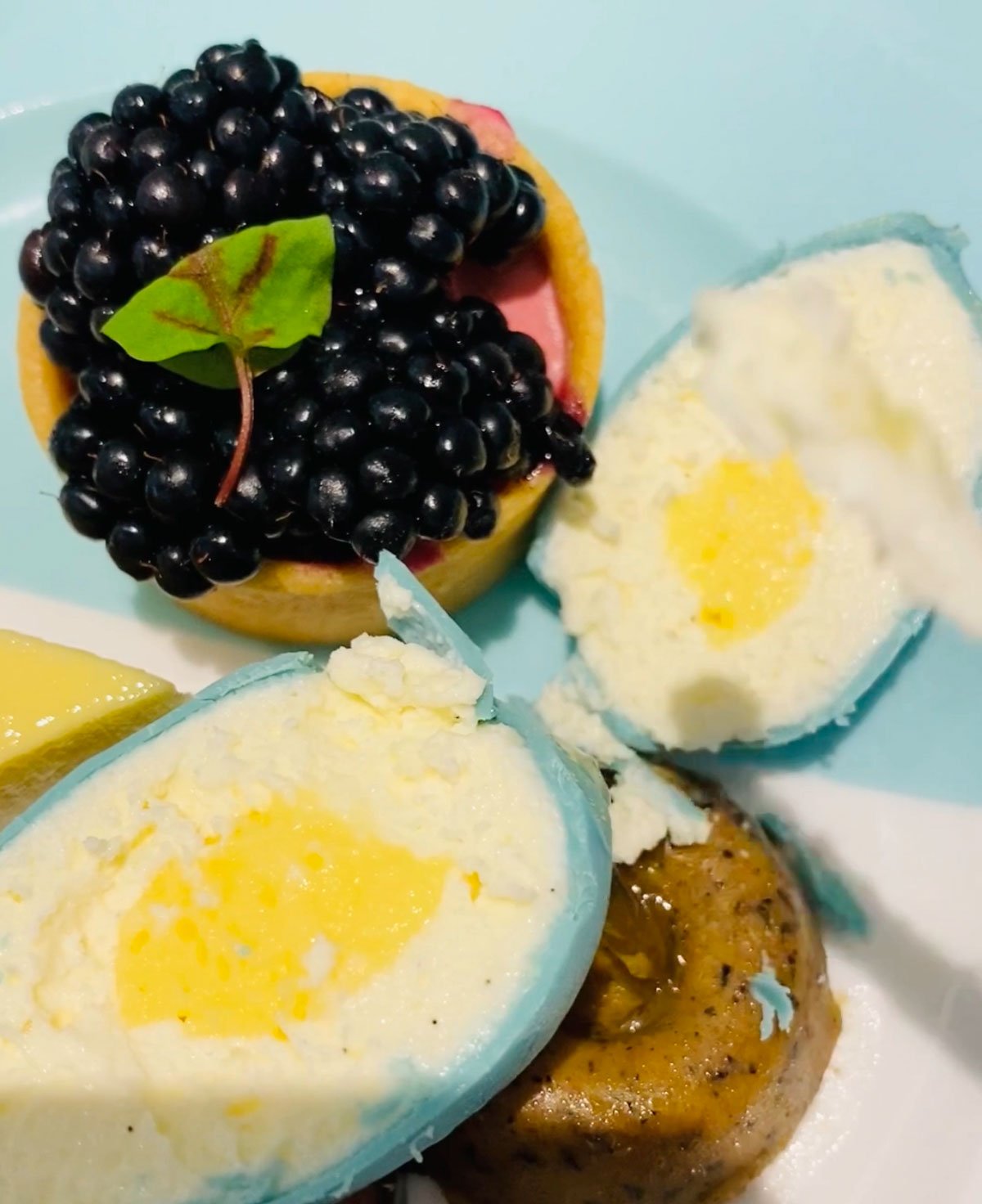 Our expectations were high for what was to come and we were not disappointed, the service was impeccable and the food was super delicious.  What we ate:-

Prawn cocktail as the amuse-bouche.. 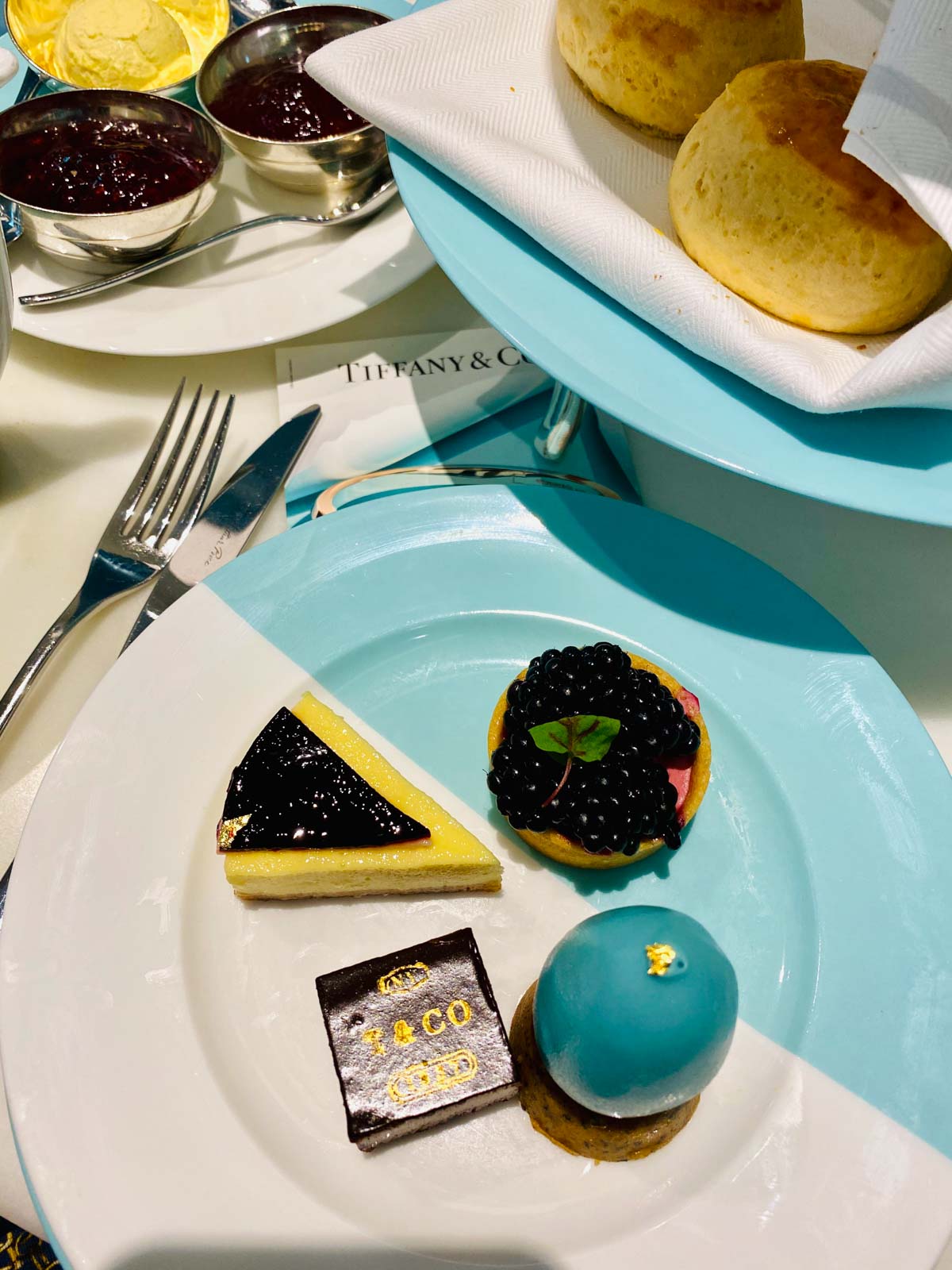 There is a wide selection of tea to choose from and you can upgrade to a champagne option if you wish or just have a cheeky Tiffany Martini as I did (London gin, elderflower Violette with a lemon twist). 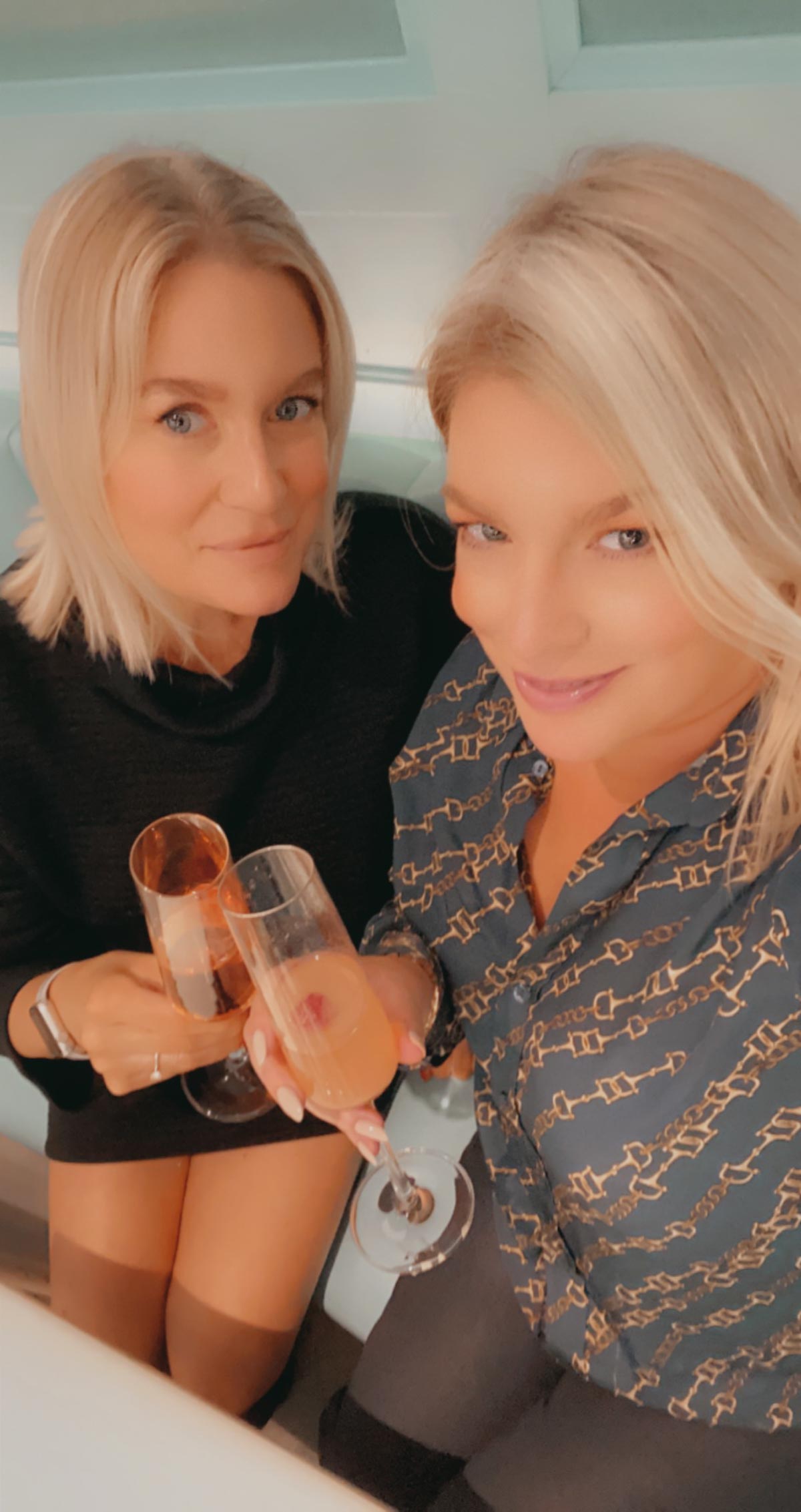 I would thoroughly recommend this amazing treat for a birthday or special occasion or simply if you have a yearning to be a modern day Holly Golightly. The prices start at £69 however the sandwiches and cakes are constantly replenished to the point you won’t need to eat for the rest of the day!  Our lovely waitress boxed up what was left in cute Harrods cake boxes to take away which was great.  So on that note we left this beautiful experience to catch a train home with full bellies humming “Moon River”. 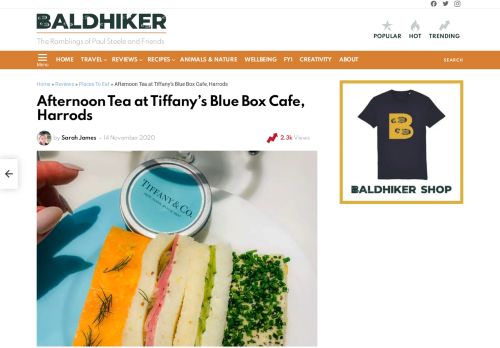 This article has been aggregated from www.baldhiker.com and they maybe/are the copyright owners of the same. If you are the Author/Copyright owner of this article and want us to remove the same then send an email to admin@blog.restaurant so that we can delete it immediately. We sincerely regret and apologies for any inconvenience caused to you due to the same. Though it is your decision but please take note that the link to your website and the article have been given above, within and on the bottom of the article.