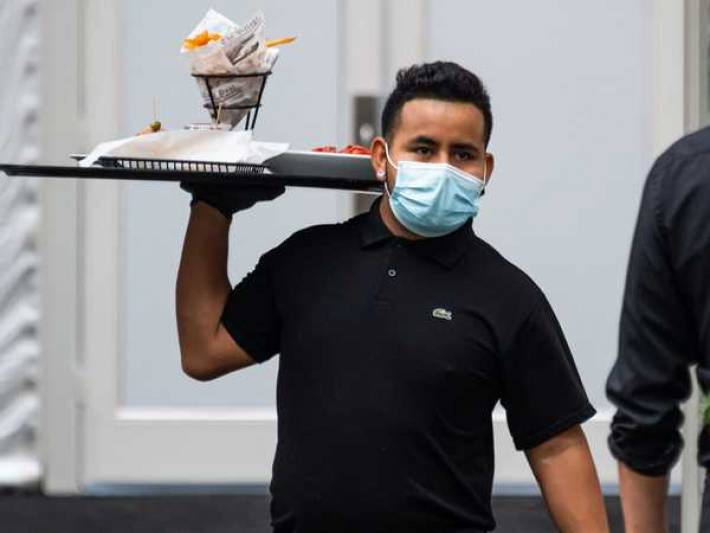 The restaurant's chef told Fox Business that its location on Nantucket made commuting impossible.

He said the lack of workers could threaten its plans to reopen on a seven-day schedule.

A restaurant in Nantucket says it's struggling so much to find workers that it's interviewing eighth graders.

Gabriel Frasca, a chef at the Massachusetts island's Straight Wharf Restaurant, told Fox Business that the restaurant was particularly hard hit by the labor shortage, because commuting was unviable.

"We're at the point in the hiring process where not only are we considering eighth graders, but we're interviewing them," Frasca said. "That's new … for me but hey, he's got housing."

Industries from education and healthcare to hospitality and ride-hailing apps are scrambling to attract new hires as the US faces what the US Chamber of Commerce called a "national economic emergency." Full-service restaurants have around 14% fewer workers than they did before the pandemic.

Younger people could stand to gain from this, with the number of teens in work at the highest rate since 2008.

Frasca told Fox that Straight Wharf Restaurant had been hit by other worker shortages in recent years but that the current problem was "particularly acute." "There are no applicants out there," Frasca said. "Where we might, in the past, get 20 applicants a day, we're seeing one or two and usually without applicable experience."

Frasca said that the upscale restaurant needs experienced staff, and that it's better to focus on the quality of new hires rather than the quantity.

"It's always better to be down a man than we are putting someone in the position where they're going to fail," he said. "That being said, we are at the point where it is going to affect our business and it is impacting our operations."

He said the restaurant planned to return to a seven-day schedule in a few weeks - but that this might not happen if it can't find enough workers.

Other companies have also said the labor shortage forced them to limit production, slash operating hours, and raise prices.

Restaurant owners fear they won't be able to pay rent and around two-thirds of small restaurants say they can't find enough staff.

The chair of the NYC Economic Development Corporation said that a lot of restaurant staff who were laid off during the pandemic got jobs in other industries "that were actually doing quite well during COVID," and may not return to hospitality. Meanwhile, Insider's Áine Cain reported that workers were "rage-quitting" their jobs over long hours, low pay, and bad company cultures.

Restaurants have been offering lucrative perks to lure in new hires. A McDonald's in Illinois said it would give iPhones to new hires, while another in Florida said it would offer $50 to anyone who came in for an interview.

The Federal Reserve said the staffing squeeze could last months but Bank of America expects the job market to recover by early 2022. 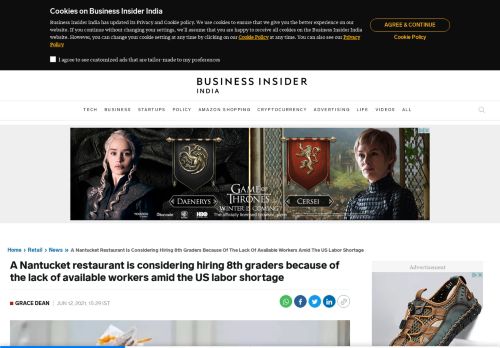 This article has been aggregated from www.businessinsider.in and they maybe/are the copyright owners of the same. If you are the Author/Copyright owner of this article and want us to remove the same then send an email to admin@blog.restaurant so that we can delete it immediately. We sincerely regret and apologies for any inconvenience caused to you due to the same. Though it is your decision but please take note that the link to your website and the article have been given above, within and on the bottom of the article.