Under Gov. Roy Cooper's latest executive order, restaurant diners must cover their face when they aren't eating or drinking.

There is some concern that the new mandate could discourage more people from eating out. That's why some restaurants are providing masks.

“It’s just a new normal now I guess it is just a new thing we have to adjust," said Sean Degean, the owner of KO AN. 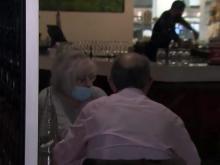 Diners said they didn't seem to mind the new requirements too much.

"As long as they were polite about it, that would be fine," said Keith Collins.

"It's just got to be that way, it's good for our safety," added Connor Draughn.

At KO AN, they require a mask for their customers, if you don’t have one, one will be provided to you. They’ve also spaced out their tables more than the required six feet, and they have spaced out seating on their patio. 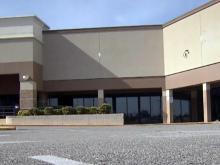 When it comes to mask watching, they will make sure you have one, but they don’t plan on watching every moment of your dinning experience.

"We are not trying to ruin your birthday by being the mask police," explained Degean. "We will make sure you have one."

For some, they said they could appreciate that approach.

"I don’t think you can make others responsible to make sure other people wear their mask unless you are in law enforcement you have no authority," said Collins.

In the newest cluster report, state health officials found statewide there were only two new clusters and eight new cases among restaurant in the past week. 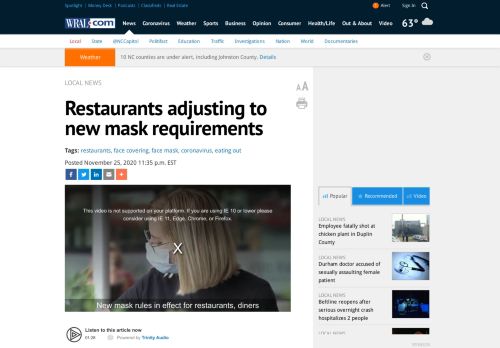 This article has been aggregated from www.wral.com and they maybe/are the copyright owners of the same. If you are the Author/Copyright owner of this article and want us to remove the same then send an email to admin@blog.restaurant so that we can delete it immediately. We sincerely regret and apologies for any inconvenience caused to you due to the same. Though it is your decision but please take note that the link to your website and the article have been given above, within and on the bottom of the article.