624 Seattle restaurants and bars have closed during the COVID-19 pandemic, survey finds

624 Seattle restaurants and bars have closed during the COVID-19 pandemic, survey finds 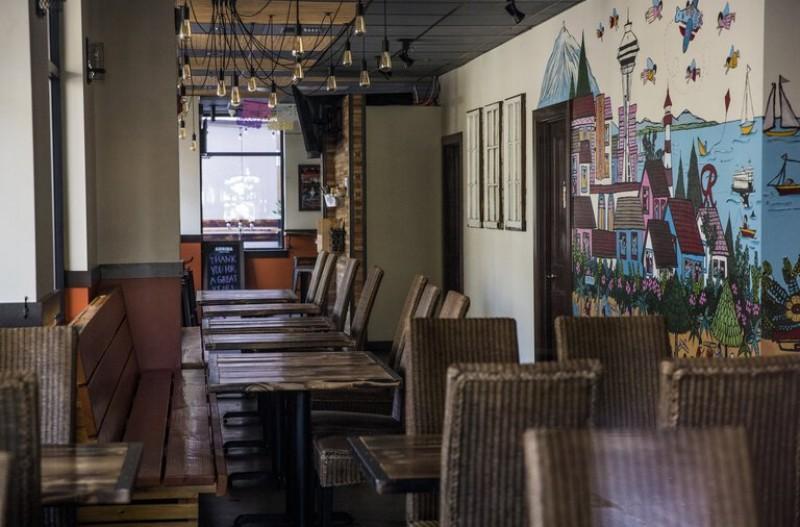 Since the beginning of the coronavirus pandemic, 1,023 restaurants and bars in King County have permanently shut down — 43% of all 2,369 closures within the food service industry across Washington state, the Washington Hospitality Association (WHA) reported on Tuesday, citing a survey they conducted earlier this year.

The hospitality group, which lobbies on behalf of the restaurant and hotel industry, concluded that Seattle was the hardest-hit city in Washington state, with 624 bars and bistros that have permanently shut down. Bellevue, with 54 closures, was the hardest-hit city on the Eastside, the survey found. Since the start of the pandemic, Pierce County has seen 224 restaurant closures, while 258 restaurants have closed in Snohomish County.

WHA said its findings were based on phone calls made to the 15,000 restaurants across Washington in August and September. The responses were based on those owners who responded to the survey. It’s unclear how many participated.

WHA’s data release came two hours after Gov. Jay Inslee extended the ban on indoor dining through the holidays through Jan. 4. The WHA has vehemently opposed the indoor dining shutdown, warning that the state mandate ensures that more coffeehouses, cafes and pubs will close in the coming months.

Earlier this week, the National Restaurant Association released findings from its own survey that showed more than 110,000 restaurants have closed permanently during the pandemic. In a letter to Congress, the organization declared, “more than 500,000 restaurants of every business type — franchise, chain and independent — are in an economic free fall.” 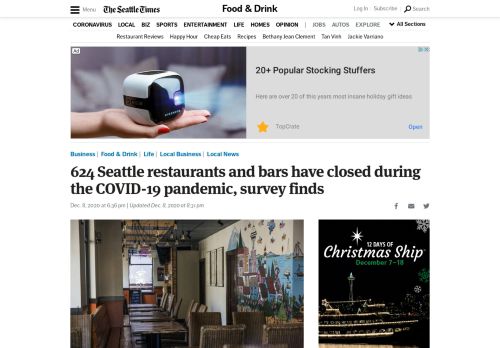 This article has been aggregated from www.seattletimes.com and they maybe/are the copyright owners of the same. If you are the Author/Copyright owner of this article and want us to remove the same then send an email to admin@blog.restaurant so that we can delete it immediately. We sincerely regret and apologies for any inconvenience caused to you due to the same. Though it is your decision but please take note that the link to your website and the article have been given above, within and on the bottom of the article.