5 things to know about Fado, a new Portuguese restaurant in St. Petersburg

5 things to know about Fado, a new Portuguese restaurant in St. Petersburg 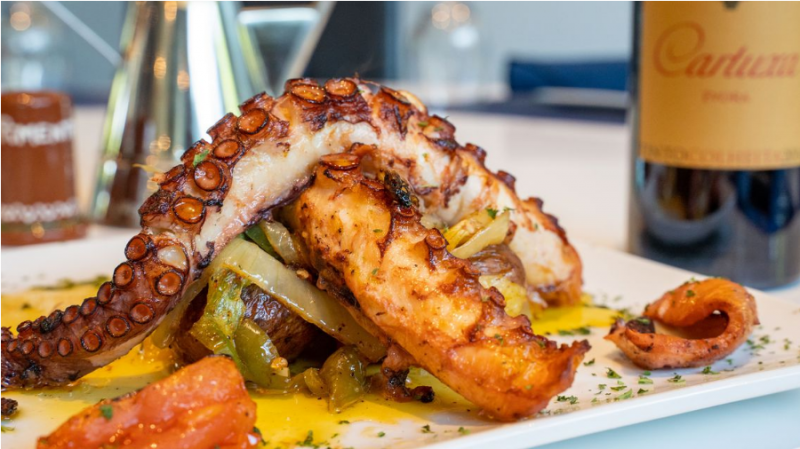 Fado, a new restaurant specializing in traditional Portuguese cuisine, recently opened inside the former Sake 23 space at 435 5th Ave. N in St. Petersburg. Here’s everything to know about the ‘burg’s newest restaurant, and what you’ll want to order when you go.

Husband-and-wife team Rui Borges and Sandra Andrade decided to open the St. Petersburg offshoot of their Orlando-based restaurant Lisbon after noticing an interest from Tampa Bay residents, who were traveling to Orlando in search of Portuguese cuisine. Both Borges and Andrade are of Portuguese descent (Borges was born in Sao Miguel, an island in Portugal’s Azores archipelago, and Andrade grew up in New Bedford, Mass., with Portuguese parents).

The couple opened their first restaurant in 2015, after noticing a lack of Portuguese options in the area, and missing the foods they grew up eating. They now run their new St. Petersburg restaurant with the help of Borges’ son, Bruno, while Rui divides his time between Orlando and here. The name, Fado, is an homage to the traditional style of Portuguese singing and folk music, often associated with cafe or restaurant performances. Nods to the theme are found throughout the restaurant, including artwork referencing the musical genre and a guitar used specifically for fado.

The dining room is outfitted with traditional blue and white ceramic Portuguese azulejo tiles, and the space features bright azure and white accents throughout. A long wraparound bar is backlit by blown-up photographs of Portugal and the dining room features seating for roughly 130 people, plus an additional 30 inside a private dining room in the back.

What’s on the menu

The menu is identical to Lisbon in Orlando, and features a traditional Portuguese lineup that highlights several of the country’s most popular and beloved dishes. Bacalhau, or salted codfish, became part of the country’s culinary canon after Portuguese sailors fishing for cod in Norway found that salting the fish helped preserve it for the long trip home. Here, the quintessential dish is featured prominently, from the fried pastéis de bacalhua (golden-fried codfish fritters, $11) to the bacalhau com natas (made with layers of codfish onions, fried potatoes and cream, $28). 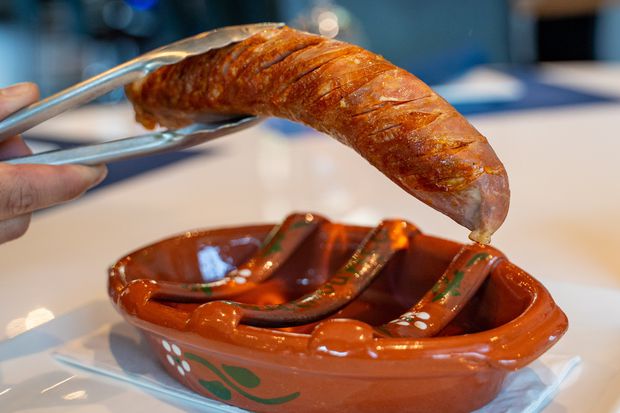 Due to Portugal’s expansive coastline, fish and seafood feature prominently, and the restaurant’s biggest seller is the polvo à lagareiro (market price), a broiled octopus covered with onions, tomatoes and peppers and served with red potatoes drizzled in Portuguese olive oil. Other highlights include the chouriço a bombeiro (a Portuguese sausage served charred and flambeed table-side, $12), the fried sardines (a.k.a. petinga frita, $16), and the Bifana (a classic version of the Portuguese pork loin sandwich, $11).

For dessert, the kitchen imports Portuguese egg custard tarts (a.k.a. pastéis de belém, $7), but also serves a few desserts made in-house, including flan ($6) and chocolate mousse ($6). 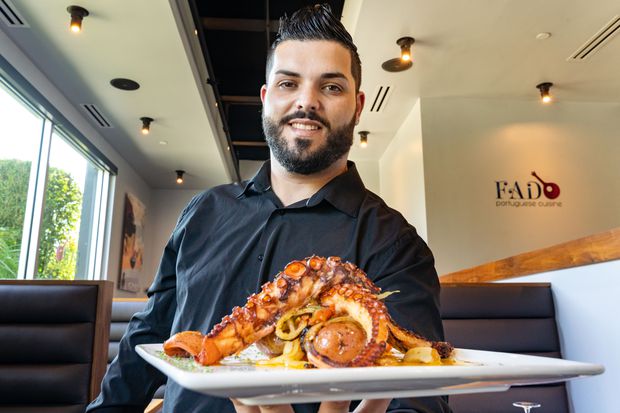 What you’ll be drinking

The restaurant is probably one of the few (if not only) places in the Tampa Bay area to sport a menu entirely dedicated to the wines of Portugal, including several from the Alentejo and Dão regions. Vinho Verde, perhaps the country’s most well-known wine stateside, is available by the glass, as is the house sangria (which also comes by the pitcher for $23). For beer lovers, there is Portuguese Super Bock. Andrade said they are working on procuring a full bar and cocktail program in the coming weeks.

The restaurant features seating for roughly 130 people inside. 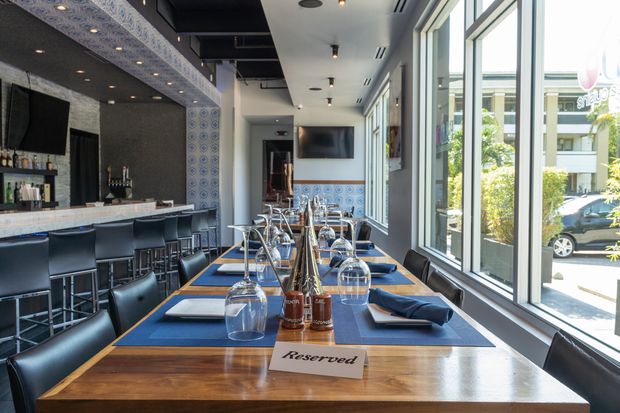 When you can go

Like other restaurant owners in the industry, Andrade said she and her husband are having a difficult time staffing their business. In the meantime, they’re operating on a soft-opening schedule, and are asking that diners call the restaurant ahead for reservations. In the coming weeks and months, the restaurant will add expanded hours, but for now, Fado is open from 5-10 p.m. Wednesday and Thursday, and 12-10 p.m. Friday through Sunday.

This article has been aggregated from www.tampabay.com and they maybe/are the copyright owners of the same. If you are the Author/Copyright owner of this article and want us to remove the same then send an email to admin@blog.restaurant so that we can delete it immediately. We sincerely regret and apologies for any inconvenience caused to you due to the same. Though it is your decision but please take note that the link to your website and the article have been given above, within and on the bottom of the article.