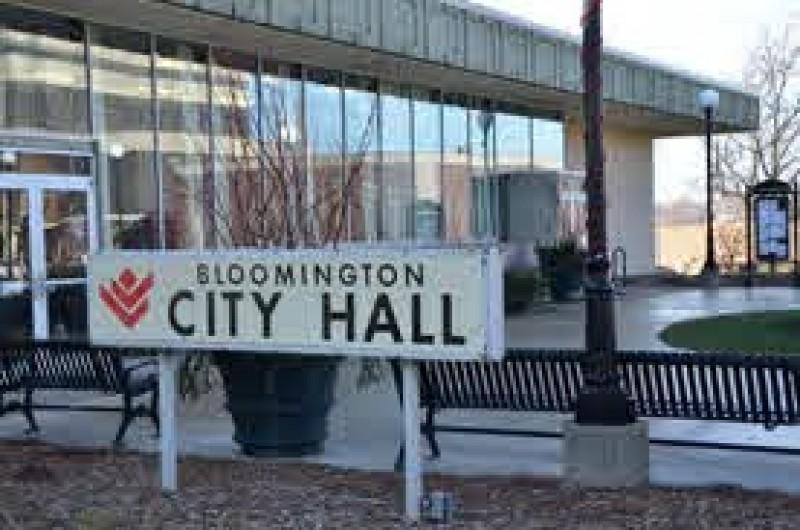 The five businesses will appear at a Bloomington Liquor Commission hearing at 4 p.m. Dec. 8. They could be fined or face possible liquor license suspension or revocation.

The five businesses were cited between Saturday and Tuesday. They are:

In a statement Tuesday, the city said it's "strongly encouraging local businesses to follow restrictions in an effort to protect the health and safety of residents during what has been a significant spike in the number of positive COVID-19 cases locally, statewide, and nationally."

Twelve Bloomington bars were previously accused of violating the ban on indoor service, appearing at a liquor commission hearing Nov. 20. Only one of them (Daddio's in downtown Bloomington) was fined. None saw their liquor licenses suspended or revoked.

Mayor Tari Renner said one reason why the others did not face penalties is because some were confused about whether the city would be enforcing the latest COVID restrictions.

Speaking this week on WGLT's Sound Ideas, Renner was asked whether future violators might face stiffer penalties, given that it's clear now that the city does plan to enforce this.

"That was the whole point of the liquor commission on (Nov. 20)," Renner said, "to make sure it was clear we were going to act swiftly, to call attention to these issues and problems, to make clear what our position was, and how aggressively we were going to be pursuing this."

Still, Renner said there were limits to what the city could do ahead of that Nov. 20 meeting.

"We did not have the ability to go ahead with our legal team to bring evidence with 12 cases, certainly not for me to do something by the (following) weekend," he said.

"You don't just suspend somebody's liquor license. You've gotta give them due process. So there's no way we could've had that happen until after Thanksgiving," Renner said "And if there's a first offense, the state liquor board ... let's say I suspend liquor licenses on a Tuesday, on Wednesday morning they could file an appeal and, if it's their first offense, they get to operate until the state liquor board issues an opinion. And that could take over a year."

McLean County businesses have been under tougher COVID restrictions since Nov. 4, due to the region's rapidly rising testing positivity rate. The region's positivity rate has now declined for eight straight days.

There's no subscription fee to listen or read our stories. Everyone can access this essential public service thanks to community support. Donate now, and help fund your public media. 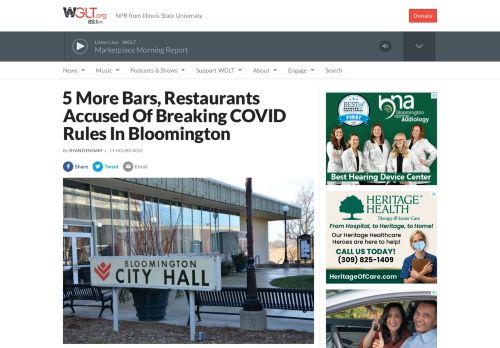 This article has been aggregated from www.wglt.org and they maybe/are the copyright owners of the same. If you are the Author/Copyright owner of this article and want us to remove the same then send an email to admin@blog.restaurant so that we can delete it immediately. We sincerely regret and apologies for any inconvenience caused to you due to the same. Though it is your decision but please take note that the link to your website and the article have been given above, within and on the bottom of the article.